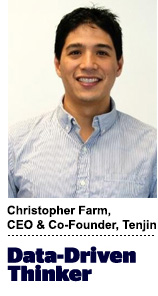 Today’s column is written by Christopher Farm, CEO and co-founder of Tenjin.

UPDATED 3/29/22: Since this article was published, Google has delayed the Advertising ID requirement related to non-updated app users. Prior to this update, advertisers were set to lose the advertising IDs of all Android 12 users on April 1 if they had not made SDK changes at the app level. This no longer applies to Android 12 users, but instead from Android 13 onward. A release date for Android 13 has not yet been set, but advertisers should nevertheless look to implement the relevant SDK changes. This delay does not impact the extension of the Android 12 policy for opted-out Android users. From April 1, Google will return zeroes in place of advertising IDs for all opted-out Android users, regardless of operating system.

Google’s mid-February announcement that it would be expanding its Privacy Sandbox to Android drew the industry’s focus. Though initially focused only on web technologies, the expanded initiative makes it clear the new rules will apply to mobile, too.

Though the Google Advertising ID will exist for at least another two years while Google iterates on its proposed privacy solutions using feedback, some major changes are just around the corner.

In a matter of weeks, all Android advertisers will feel the first effects of Android privacy changes. A wide-reaching extension of the current policy on Android 12 devices, this change will have a major impact on advertisers.

Here’s what to expect.

Google is going to return zeros in the Advertising ID fields of all opted-out Android users, regardless of their OS version. Previously, this was only the case for Android 12 users. For advertisers, this means they won’t be able to attribute installs for these users via the deterministic method, but will have to fall back on either Google Play Install Referrer or fingerprinting.

This is especially noteworthy for self-attributing networks (SANs), which traditionally use advertising IDs alone for attribution. Last November, Facebook started to use Google Play Install Referrer, and we’ll have to wait and see whether other SANs follow their lead.

It’s likely we will also see some negative effects on the ad performance side, because the advertising ID is widely used in targeting and other aspects of ad tech. This was evident when Apple rolled out their iOS 14 changes and zeroed the IDFAs of opted-out users. The scale of the impact on Android will be much less significant because, to opt out, Android users have to flip the switch in Android settings, whereas iOS users get a dedicated consent pop-up whenever a new app is launched.

Non-updated app users are off limits, too

This change is a bit more technical since it’s taking place in the mobile app code, but it directly affects ad performance. Speak to your mobile measurement partner (MMP) to ensure they have updated their SDK to reflect the change. If you don’t use an MMP, it’s worth speaking to your engineers to ensure they have applied the required changes to your apps.

The future is closer than it seems

Even though advertising IDs are going to stay with us for the next two years or so, many advertisers haven’t realized the gears of Android privacy changes are already in motion. The first substantial change will be made at the beginning of April. Though they won’t have anywhere near the same impact as iOS 14 changes, advertisers need to be aware of them and how to ameliorate their effects.