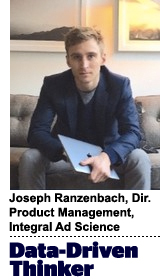 The Open Measurement initiative was created to solve for an industry-level challenge: Consumer attention had gone mobile but advertiser spend was largely inhibited by the limited scale of third-party viewability measurement.

Advertisers who sought to verify that consumers had an opportunity to see the ads they paid for found an ecosystem fragmented by multiple vendors with low percentage market coverage. Publishers and supply-side platforms (SSPs) were forced to choose between either supporting a single vendor’s SDK but denying advertiser demand from those who preferred other vendors, or supporting multiple vendor SDKs but incurring added development, maintenance and app bloat costs.

Open Measurement introduced a standardized SDK that supports all vendors and measurement for all major ad formats.

Integral Ad Science developed the precursor to Open Measurement and turned it over to the IAB Tech Lab in 2017. Since the transition and becoming generally available in April 2018, more than 50 Open Measurement SDK integrations have been certified. The introduction of an industry-standard SDK has greatly alleviated the burdens faced by publishers and SSPs.

“Before Open Measurement, measuring in-app viewability was a mess,” says Verizon Media, whose Verizon Ads SDK featuring Open Measurement saw more than 50% adoption within the first three months after its release in June. With measurement coverage now across billions of mobile devices globally, industry scale for Open Measurement is becoming a reality.

Despite all the progress that’s been made on coverage, it’s not time for a victory lap yet. The reality is that many advertisers currently struggle with impression count discrepancies between their ad servers and verification vendors.

The primary reason for these discrepancies is that advertisers are unable to explicitly target ad inventory that supports Open Measurement across the open exchange. Given that Verizon Media has achieved 50% coverage across its inventory base, how can advertisers ensure that they’re delivering against the half that supports it? For VAST video campaigns in particular, this represents the difference between verifying that your ad impression had the opportunity to be seen and not measuring the impression at all.

This problem is most commonly addressed today through private marketplaces (PMPs). Activating a private marketplace deal will solve the problem for some, but doesn’t scale well across the ecosystem at large once we take into account that each certified integration would theoretically require a separate PMP deal.

Ideally, an ad buyer would be able to log into their DSP and simply click a button to target OM inventory, similarly to how they already do for MRAID or VPAID. And given that a standardized method for signaling the presence of Open Measurement on an ad impression in both OpenRTB and AdCOM already exists, the reality is that this should be an option available to them today. So why isn’t it?

It’s also unfortunate because it further discourages demand-side platforms (DSPs) from facilitating frictionless transactions between advertisers and certified Open Measurement inventory. Most DSPs aren’t yet making use of OpenRTB signals for Open Measurement and therefore aren’t passing along targeting controls to advertisers. The primary fear is that doing so will limit transaction volumes, both by adding an additional filter ad buyers can use to trim the pool of eligible impressions they bid against, and due to concerns that not enough supply is passing these OpenRTB signals in the first place. Further, while there is some development work to enable such a toggle, their advertisers don’t seem to have communicated that it’s a priority.

The final lap flag is waving

Achieving the progress made thus far by the Open Measurement Initiative has been no small feat. While it may not be time for a victory lap just yet, the final lap flag is waving. Crossing the finish line with the win will require the industry to both impel remaining supply-side adoption and push programmatic players to remove the friction that currently prevents advertisers from transacting at scale.

To properly streamline today’s disjointed buyer experience, it’s important to drive awareness around the path for standardized targeting practices and compel agencies and advertisers to utilize the power of their dollar to make it a reality.