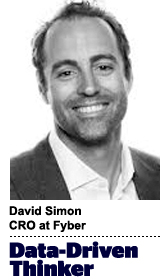 Now that we’re facing the death of the cookie and staring into an assumed ad-spend apocalypse, it might be a fun escape to take a brief trip down the ad tech memory lane.

Back in the early days of programmatic, or real-time bidding (RTB) as it was known, publishers used a variety of ad networks to source demand for inventory that their direct sales team couldn’t sell.

A network’s success depended on its ability to convince publishers to give it a place higher in their waterfall than the network’s competitors. But there was no such thing as truly unique supply or demand. With black-box strategies being the norm, transparency was the enemy and the waterfall was used to obfuscate the commoditization of networks’ services.

It seems crazy in today’s world of header bidding that publishers clung so tightly to their sequential waterfalls, but eventually, publishers embraced open competition for their inventory. At the same time, advertisers demanded transparency and control over their access to supply, and the waterfall was abandoned.

Or so I thought.

While the web world leaned into programmatic, the mobile app world has missed the value of the competition that is the hallmark of exchange-traded media. The death of the waterfall somehow skipped over the in-app world and, in particular, the gaming industry.

The app monetization space seems to be stuck in 2009. User acquisition buyers spread their ad budgets across networks that source inventory programmatically, driving up inventory prices by competing against themselves. Publishers operate complex waterfalls that fail to represent the true value of their inventory. Black-box ad networks don’t share who their buyers are and how much of the demand comes from programmatic sources. Companies blur the lines between an exchange and a network by saying they use RTB protocols but offer no transparency into the auction logic. The dominant buyers are other apps, because they are able to buy purely on a performance basis, which means nobody has invested in understanding the cost of the supply chain.

Despite the inefficiency, the mobile app advertising market has grown to more than $60 billion and continues to outpace web and even OTT growth. At the same time, the brands that helped drive efficiency and transparency in the web world are finally stepping into in-app buying, naively assuming their supply-path strategies will work in the in-app inventory pools.

What I had expected to find in the in-app advertising supply chain was diversity among buyers and sellers, transacting in roughly the same way as the web ecosystem functions – a reasonably transparent, programmatic-type RTB auction-based market. That is not at all the case. Instead, we have a market where inventory is being offered via programmatic auction, but the nuances as to how auctions are structured create massive inefficiencies and inadvertent exclusive access points and prices.

It’s not uncommon for performance app-specific DSPs to receive 20 or 30 bid calls for a simple impression or ad opportunity. That’s true on the web side too, but on the app side those auction requests don’t happen simultaneously – they happen in sequentially, so not only are buyers left to sift through this massive explosion in simultaneous opportunities, but they now also have different price floors for each. The auction requests also don’t come at the same time, so you have to build some logic to evaluate bid requests and ask: Are these duplicate bid requests? If I bid, will I win? Can I be sure that the mediation platform is not favoring its own network?

The market looks more like the ad network-dominated web world of 2007-2009 than a programmatic-efficient marketplace.

If the app community wants to grow, it will have to get a lot more efficient. Brands, publishers and app developers must collaborate to create a more transparent, efficient and ultimately buyable ecosystem.

If brands are going to enter the app space they’re going to require utter transparency, the same transaction and supply-chain standards that they see in the web world. Publishers and app developers have started paying attention to this as evidenced by ads.txt, sellers.json and Supply Chain Object, but there is still a way to go.

It will be exciting to see how the industry responds now that everyone is a gamer and brands start to appreciate the value of in-app advertising.