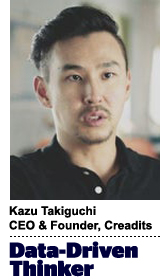 Today’s column is written by Kazu Takiguchi, CEO and founder at Creadits.

The full effect of these updates are yet to be felt, but they could spell big wins for advertisers in the long run. Apple’s iOS accounts for roughly half of the domestic mobile operating system market, according to data from StatCounter.

Expanding the search inventory of campaigns and introducing Discovery ads could put a much larger audience within reach for app advertisers.

Google Ads is expanding the distribution of app ads, which will now show up more often on iOS devices. This means a few things, beginning with an expansion of iOS ad inventory. Previously, App campaign could only access Google Search inventory on the Google Search App for iOS, and not for the Safari browser, where most iOS users do their Google searches.

The second change is value bidding. Until now, Facebook advertisers could use value bidding, also known as  “target return on ad spend.” Google App campaign advertisers will now also be able to target this way.

The third is the creation of a “similar audiences” tool. Much like Facebook’s Custom Audiences, Google App campaign will now let advertisers find new users who are similar to their existing users. Advertisers will be able to set up multiple ad groups in the same campaign and tailor the assets in each ad group around a different “theme” or message for different customers.

Further, Google has rolled out Discovery ads, which appear in moments when users are open to exploring new products and services.

App campaign was created to streamline the process of bidding between multiple platforms – Search, Google Play, YouTube and the Google Display Network – into one. By using machine learning to optimize bids, ad placements and demographics, it is much easier to promote and expose apps across Google’s largest properties.

Google App campaigns operate on an asset-based model. Advertisers provide a multitude of individual creative assets, such as text, image, video and HTML5, and assets are mixed and matched to create different ad permutations, which are served across different placements at different times to users. These changes herald a new era for the app and its users.

In the near future, these app changes are expected to increase ad inventory across Apple mobile devices. This will be especially notable for Safari browser users since Safari is the main browser for iOS users and claims 58% of mobile browser market share.

Value bidding is also a game-changer for user acquisition personnel, who will be able to segment target users based on their spend. For example, they can run specific ads on customers with higher lifetime value (LTV), such as those who spend more on in-app purchases and run a separate ad from those with lower LTV.

Finally, Google’s Discovery ads will help marketers reach more people across YouTube, Gmail Promotions and Social tabs, and then feed into Discover using a single campaign on App campaigns. Currently, Discovery ads run automatically when an App campaign is running. It is only available in the United States but will roll out globally soon. It will also integrate the Discover feed below the search bar on Google.com for users without the Google app.

With iOS users being a significant contributor to in-app spending, it is important to optimize for iOS discovery and remarketing. While the acquisition may be important, the real challenge is user retention and increasing existing user LTV. It appears that value bidding, similar audiences and ad groups will work in tandem to create a more fuss-free advertising strategy with these issues in mind.

As Google’s emphasis on App campaign grows, marketers must understand how to optimize efforts on this platform for the best results. With App campaign’s machine learning, providing campaigns with as many assets as possible will allow marketers to reach a broader target audience more effectively. The more assets in various formats you provide, the better Google is able to optimize your ads for different purposes and the more opportunities and platforms there are available for it to be served.