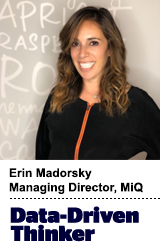 By its very nature, the ad-tech industry has always put a premium on innovation, newness and progress. Modernizing and advancing technological solutions are inherently part of our DNA. Automation, machine learning and artificial intelligence are widely applauded developments born of a desire for more speed, more scale and more effectiveness.

But amid this push for progress, has the emphasis and value placed on tech come at the expense of the talent actually managing it? Have we deprioritized human capital so much that they’re now opting out of the equation altogether? And have historical associations with “managed services” played a role in this conundrum?

When programmatic technology first emerged, it offered an enticing self-service option for ownership over one’s media transactions. It began to displace ad networks, which were sometimes bogged down by bad actors, fraudulent tactics and inappropriate ad adjacencies.

As the need for transparency and quality control intensified, self-service innovation became the answer. This trend caused managed-service networks to be viewed as comparatively antiquated and slow, providing questionable quality and a lack of transparency.

Flash forward 20 years, and while much of today’s advertising industry leverages both programmatic tech and some form of managed service, an unfair stigma remains for the latter. Perceiving managed service with the decades-old characterization as “low tech” couldn’t be further from the truth, just as it would be inaccurate to associate all aspects of self-service with high quality and transparency.

In addition, pressure to maximize return on digital investments has put managed service at further risk. Can the industry prevail with such low regard for service? I don’t think it can.

As overall ad markets rebound, eMarketer projects digital ad spend to increase by 20.4% in 2021 and reach $455.30 billion by year’s end. The ability to deliver on that growing demand requires capable talent, which is increasingly limited today by what some are considering an all-out hiring crisis.

At a macro level, the Bureau of Labor Statistics reported 10.1 million job openings across the country in June, which surpasses the number of unemployed. Closer to home, Campaign recently noted that top agencies like FCB, McCann, and others have more than 100 openings each as of early August. It’s clear that the post-pandemic cultural zeitgeist, shifting priorities and response to burnout is leading to many choosing to opt out of their jobs, leaving companies scrambling for talent.

Hiring and retaining the talent necessary to plan and activate on the current pace of digital investment will continue to be a challenge. So, while there may be incredible demand for programmatic, if unsuccessfully serviced by qualified talent, we will not capitalize on the growth, especially when scrutinized against traditional media investments or search and social.

The talent flight itself suggests that service comes at a cost, and we should be willing to quantify the pros and cons. Is there, then, an opportunity to reconsider the value we assign to service and the cost we are willing to pay for it? And does this require us to debunk legacy stigmas and revisit the realities of what “managed” service provides now?

While the potential for sophisticated technology like artificial intelligence and machine learning is undoubtedly valuable, the industry must retain the human touch that provides vision, creativity and expertise.

And we should seek more comfort assigning a price tag to the value of managed services. Afterall, we don’t live in “Westworld,” yet.