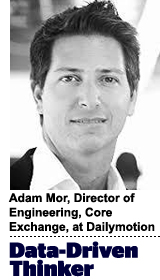 Bid shading was created as a way to bid effectively in first-price auctions. But not only is bid shading making programmatic bidding more convoluted, it also moves us away from transparency.

Bid shading isn’t the answer for the industry – in fact, it’s a big problem.

Buyers use bid shading to mitigate the price difference between programmatic auctions. As opposed to second-price auctions, bid shading analyzes the bid-history data to calculate the optimal value for an impression. While not 100% precise, it aims to help buyers optimize bid pricing and avoid overbidding.

Second-price auctions were originally used to protect the buyers from overbidding by allowing them to pay the second highest price instead of the price they bid. First-price auctions remove the safety net, while bid shading estimates what that second price would potentially be.

It sounds great, so why is it actually a bad move for the industry? While the idea behind bid shading is to reduce costs, it makes the bidding concept of programmatic more complex, with added layers and less transparency. While the original idea of the technique was to decrease complexity and reduce layers, instead buyers now need to consider whether the stated price works in their favor and how much above that price they should bid to win the auction. The buyer must now figure out how much the bid is worth and whether they are receiving a fair market price without overpaying.

Bid shading can actually decrease transparency when the fair market price is supplied by the exchange or the SSP. Buyers are in the dark about the pricing models and may still overpay.

Beyond the layers, there’s also the problem of trust, which isn’t new for the industry. Programmatic buying and bidding are confusing and need to be clearer and more straightforward. Buyers need clarity about how much they will pay and what exactly they will pay for. Assuming the price was provided by the SSP or exchange, there is very little accountability to determine if they have extracted the true value of the bid.

And lastly, while bid shading also is a tactical service deployed by DSPs, it is unfair to smaller players because larger DSPs will have the resources needed to build and maintain the models that can account for bid shading and take advantage of this new benchmark.

Bid shading is simply a service that grew out of first-price auctions. While it may have started as a good thing, the lack of transparency in how the information is gathered is a problem.