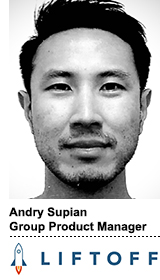 This article is sponsored by the Post-IDFA Alliance, including Chartboost, Fyber, InMobi, Liftoff, Singular, Adcolony and Vungle.

When it comes to the impending App Tracking and Transparency (ATT) framework that is included in the iOS 14.5 update, everyone has their own opinion. There are those who believe Apple has truly altruistic motives to deliver greater privacy and stronger consumer protections to the iOS ecosystem. While others speculate that the move is a carefully orchestrated power play designed to strengthen Apple’s position with its consumers and weaken the advertising abilities of companies like Facebook and Google.

Regardless of where you fall on that spectrum, these changes are coming. As the owner of the iOS ecosystem, Apple has stated the new rules: iOS users should control whether or not their devices can be uniquely identified across companies for advertising purposes. These rules are expressed as the ATT framework, and they apply to everyone that uses iOS 14.5 and beyond.

In practice, ATT will drastically limit the usage of traditional mobile ad attribution, as most users are expected to decline consent to IDFA. To make up for this, Apple introduced a privacy-first, ATT-compliant attribution method called SKAdNetwork (SKAN). SKAN’s privacy-compliance, however, comes with a trade-off: data sparsity. Unlike traditional attribution methods, SKAN aggressively limits the amount of information that is associated with advertising campaigns.

For advertisers and DSPs, these impending changes leave us with two choices: We can try to explore temporary workarounds of Apple’s ATT framework, or adopt SKAN and evolve in lockstep with the increasingly privacy-conscious world. 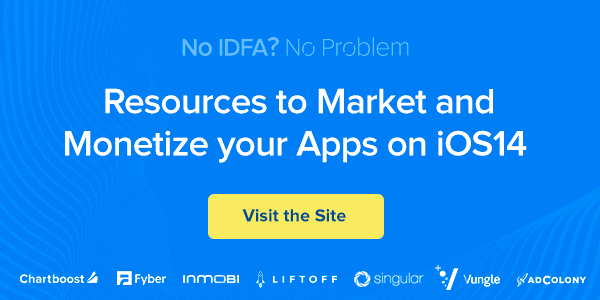 As Forbes and others reported recently, however, one of these options isn’t an option at all. Apple has already begun to reject app updates that seek to circumvent the upcoming iOS privacy policy by creating unique identifiers that enable device fingerprinting. Combined with growing consumer awareness of data practices and support for data protection, it’s becoming increasingly clear that a privacy-first approach in advertising is the way of the future, and that the most future-proof approach to advertising in iOS is to adopt SKAN to be compliant with Apple’s ATT guidelines. With this in mind, here’s what you can do today to set your iOS campaigns up for success:

1. Reformulate campaign goals and target events. It is critical that you select conversion values that happen early and frequently in the customer journey, and that they correlate with high-value actions down the funnel. This maximizes the number of events you can capture in SKAN’s 24-hour timer, which in turn maximizes the volume of training data for the bidding algorithms that are utilized by demand-side platforms (DSPs).

So how do you go about finding the right conversion values? Start simple. To begin, find an upper-funnel, frequently occurring event that correlates with a valuable downstream event, such as a purchase, to validate that the data pipeline for campaign reporting and optimization is working as expected. You can implement more complex schemas once you validate that the basics work.

Once SKAN reporting is established, consider doing a deeper analysis. Compare SKAN vs. MMP postbacks on SKAN-enabled inventory to get an idea for how the two attribution methods stack up against one another. Furthermore, for each of your iOS campaigns, understand what percentage of impressions bought today are SKAN-compatible and how that changes over time. Understanding your unique inventory ratio can help project changes in campaign scale when iOS 14.5 officially launches.

3. Develop a transition plan. As soon as iOS 14.5 launches, inventory on iOS 14.5 devices will be subjected to the ATT framework, and it will need to use SKAdnetwork for attribution. However, because it takes time for everyone to upgrade to the latest version, there will be a significant – albeit declining – amount of traffic that is still eligible for MMP attribution. Consider asking your demand partners about how they are planning to transition your campaigns and maximize performance and scale, while adhering to the new ATT constraints. Specifically, are they planning to create dedicated campaigns for each type of iOS inventory and how will that impact budget? Being on the same page with your vendor about the finer details of your ramp-up strategy will ensure your campaigns hit the ground running as soon as SKAN becomes the standard.

To learn more about the Post-IDFA Alliance and their efforts to support a seamless transition to a more privacy-centric mobile advertising environment, visit noidfanoproblem.com.