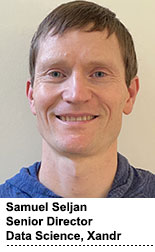 Digital and television advertising – once culturally and technologically divergent ecosystems – are finally converging to improve how marketers target and reach consumers.

As viewership habits shifted away from traditional linear television to internet-enabled connected TV (CTV) or other video-on-demand options, advertisers struggled to reach audiences at scale. Interestingly, some of the same techniques used to extrapolate data from TV audiences to digital audiences can be used to translate addressable digital inventory to non-addressable inventory. 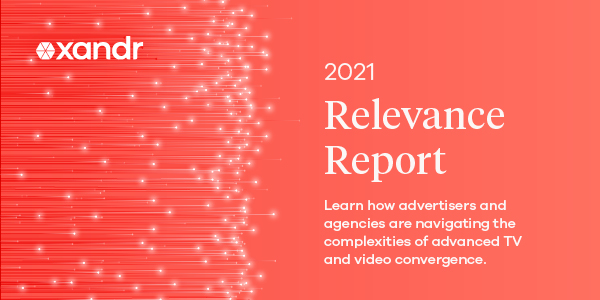 Websites and apps generate immense quantities of data that advertisers can use to meet quantifiable goals. Automating key aspects of performance advertising is feasible and makes economic sense for today’s marketers. As a result, massive tech companies, as well as independent ad tech companies, have applied machine learning at scale with great success.

Television advertising, however, has relied on traditional panel data to measure advertising reach. The data, while rigorously generated and modeled, is much less amenable to the techniques used in digital advertising.

But when used with smaller data sets, these methods often cannot distinguish signal from noise. Statistical approaches that can make assumptions about how data is distributed tend to be more effective.

Advertisers are employing other innovations to disrupt traditional TV ad buying. Data-driven linear (DDL) buying uses sample data with rich audience descriptions to make inferences about the characteristics of more aggregate data, such as spots at the network and day-part level.

Use the right amount of data to measure performance

Performance measurement is similar across the two mediums.

Whereas digital advertising leverages gradual converged events to train sophisticated, supervised learning models, measuring the effectiveness of TV ads is more challenging. Savvy TV buyers, however, can use web and app analytics, panel surveys and other methods to optimize how they buy.

As TV advertising embraces the value of data, digital advertising faces colossal blowback for using too much data. Government and industrial privacy regulations have eradicated much of the fuel that enabled machine learning techniques to succeed: namely, massive amounts of individual-level identifiers linked to transaction events and advertising exposures.

Even though attribution modeling was far from perfect, machines could make informative guesses about which ad should be shown where and for what price.

Predicting the future of advertising

So, what’s next for digital advertisers post-regulation? They could certainly do worse than copying linear TV’s model. Linear TV is non-addressable, but DDL has made it more effective.

Similarly, ad tech companies can develop technology to learn from sample data, make inferences about that data based on its context, and leverage those findings to offer stronger outcomes for buyers and sellers.

The ultimate solution will not look exactly like DDL. Even with changes in privacy policies, there’s still more digital data. Advertisers can still focus targeting based on context. As a result, any new solution will likely use machine learning. As in TV advertising, however, data scientists will have to carefully calibrate the statistical outputs of the models. At Xandr, we’re already developing these methods – and they show great promise.

For example, we can predict membership of a segment user based on a complex combination of the many features in an ad request. More complex boosting algorithms are more accurate than simpler statistical models like logistic regression.

At the same time, contextual audiences are inferential, so buyers can know how many people they can reach by buying a contextual segment. The typical supervised learning model is not well suited to solve this type of puzzle, so we present it as a statistical formula where knowing something about the population provides essential insights.

The advertising industry will continue to grapple with the future of audience targeting and identity. Meanwhile, data scientists who can use and blend the best techniques used in TV and digital advertising can deliver powerful, precise targeting in an increasingly privacy-conscious world.