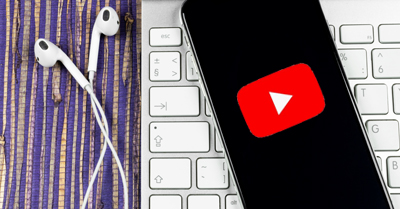 YouTube launched audio ads in beta on Tuesday to help monetize the moments when people are listening to music but not actively looking at their screen.

The 15-second ads, which were in a limited test phase since late 2019, are available to all advertisers globally and can be bought through DV360 and Google Ads. Audio ads on YouTube will run on the main YouTube site and app and are not yet available on YouTube Music, YouTube’s music streaming service.

Although more than 2 billion logged-in viewers watch a music video each month on YouTube, and more than 85% of that music consumption happens in the foreground, many others listen while the music plays in the background.

“We know being associated with this content works, and so it’s incumbent on us to create packaged opportunities for advertisers to get close to it in whatever format they want to work in, whether that be audio, video or both.”

During early testing over the past year, YouTube audio ads lifted brand awareness in more than 75% of measured campaigns.

And although audio ads are clickable – the creative will show a still display ad while the audio plays – YouTube is primarily focused on awareness and consideration as the main advertiser KPIs, at least for now.

“Action and performance-related opportunities are something we’ll continue to look into as we expand our learnings into audio,” Stewart said.

As a complement to audio ads, YouTube also launched dynamic music lineups, which are collections of contextually aligned music content grouped by genre, such as K-pop, hip-hop or Latin music, that advertisers can use for targeting purposes.

One example is the Top 100 list, which includes the top artists, songs and music videos across 63 different countries based on YouTube data.

A version of the same offering already exists for video content.

But while audio advertising within music content on YouTube is an opportunity for advertisers to reach engaged listeners, it’s as much a chance for artists and creators to monetize their content as the pandemic wears on and some of their usual monetization mainstays, such as live concerts, are on ice, said Lyor Cohen, global head of music for YouTube.

“The creative community is thirsty to engage with their fans on YouTube, and this is a huge responsibility for us,” Cohen said. “We know that it’s our responsibility to help provide them with more money in terms of subscriptions, but also in terms of the power of advertising.”

The open beta of audio ads on YouTube follows another recent audio announcement from Google, which launched programmatic sales capabilities for audio publishers through Ad Manager in August.