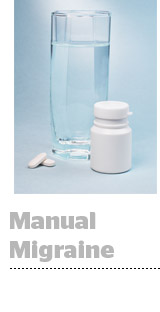 As a programmatic operations analyst at Scripps Networks Interactive, it was Turley’s daily task to pull information from 13 separate programmatic platforms, mainly data related to paid impressions, CPMs and revenue, and to organize that mess of information into a single spreadsheet for every Scripps site selling programmatically, including HGTV and Food Network.

“It was a very manual process,” Turley said.

About six months ago, Scripps started testing a tool from data aggregator and discrepancy management company Ad-Juster that normalizes and reconciles data across various programmatic platforms within live dashboards.

But it’s more like a data thesaurus. Third-party programmatic platforms often use different terminology to refer to the same things. Ad-Juster maps those varying terms to a single dimension so that the data can automatically flow into cross-platform reports.

Multiply those variations against every other possible nomenclature variation and it’s a migraine in the making.

“This is about structure,” Lawton said. “We’re putting terms into a normalized format so our clients can focus on their business case and on calculating their ROI across platforms.”

Turley estimates that he’s now able to do in about 30 to 45 minutes what used to take him two hours to accomplish, and he’s putting the time he’s saving to good use, analyzing the data rather than manually herding it from various sources like kittens.

“I spend more time now looking at how our deals transpire, what our advertisers are bidding on, their behaviors and characteristics, rather than just looking at revenue for the day,” Turley said. “It’s more productive.”

The finance team at Scripps also uses the Ad-Juster account to get a sense of how revenue is trending in advance of the quarterly reckoning.

But back when reporting still meant logging into multiple platform UIs, frequent mistakes led to even more manual data wrangling.

“Finance would often pull the wrong metric, and at the end of the month they’d come to me and say, ‘Google monetized X number of impressions,’ but their numbers wouldn’t jibe with mine,” Turley said.

So Turley would have to roll up his sleeves and re-dive into the data to make sure everyone was looking at the same stuff.

“There was just a lot of confusion,” he said.

This is Ad-Juster’s first new product announcement since the company was founded in 2007. But it’s not going to be another 10 years before the next one, Lawton said.

Ad-Juster, which was acquired by Shanghai-based privacy private equity firm Innotech in January, is using resources from its new parent to jumpstart its product road map, with plans to launch new data reconciliation tools for the next three consecutive quarters.

“From an energy level, it’s like we’re back in startup mode,” Lawton said.