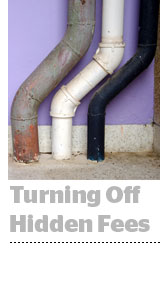 If an agency spends $100 programmatically for its client, how much money actually ends up with the publisher?

As awareness of hidden fees continues to rise, GroupM is doing more than just tracking where media spend ends up. It’s pulling and rerouting spend to take advantage of lower fee paths to supply.

“We are looking to consolidate where we can with the best partnerships,” said Sarah Warner, digital investment lead for programmatic and video at GroupM.

Instead of targeting all exchanges, GroupM whitelisted the number of exchanges it buys through to create a core group. Warner called it a “clinical, data-driven analysis” with the goal of understanding “the minimum number of exchanges that we absolutely need to have.”

If this sounds like supply path optimization, that’s because it is.

WPP-owned GroupM is a power user of the AppNexus demand-side platform. WPP owns a large stake in AppNexus. This year, AppNexus has been pushing the concept of supply path optimization as a way to route to the path with the lowest fees and more transparent auction dynamics.

GroupM is on board.

But it wants to be directly involved with supply path optimization decisions. Warner believes these choices should be governed at the agency level, not the DSP level.

Supply path optimization decisions can affect scale and pricing. GroupM is tracking both.

Cutting out small exchanges often has little effect, said Warner, noting that GroupM no longer works with some longer-tail exchanges.

With bigger players, GroupM is testing turning off exchanges and seeing how scale suffers. “If it doesn’t, it justifies our decision,” Warner said.

If scale does suffer, GroupM will still try to change how it works with an exchange.

“There are ways you only use them for the open exchange, or for private marketplaces,” Warner said.

How these decisions affect pricing is still an open question.

If GroupM buys through exchanges with lower fees, two things can happen. The inventory may be cheaper because of lower fees. Or prices could be higher since the DSP is finding the clean, authorized path to the publisher, instead of cheap, misrepresented inventory.

“If you are cutting out indirect paths, it won’t automatically be a cheaper path,” Warner said.

That unauthorized supply is creating additional murkiness in the marketplace right now – something Ads.txt aims to fix. The project will allow buyers like GroupM to do a form of supply path optimization to route around fake or unauthorized inventory for sale, thereby amplifying the effect of its efforts.

“Ads.txt is making it possible for publishers to open the kimono on all their demand relationships, and that hasn’t been something that’s very visible in our marketplace,” Warner said.

When suspect inventory, like $5 CPM pre-roll, disappears from the overall market, however, GroupM isn’t completely sure how that will affect overall programmatic pricing.

“Video [supply path optimization] is about premium access to the publisher. Are we going to be efficient in the path to the impression? Yes. “ Warner said. “Does that mean it’s efficient in price? We’ll see – especially with video, where there is a lot of unauthorized selling – what price looks like.”