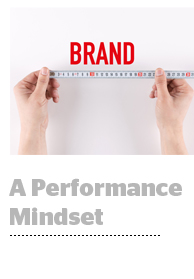 Brand marketing is starting to get more measurable, and budgets are beginning to follow.

Adidas, Topshop and others have been vocal about the need to spend more on brand building, and DTC brands also want scale beyond digital – but that doesn’t mean blindly tossing money into TV and hoping for brand lift.

AKQA is testing a new brand measurement tool from Survata that uses predictive analytics to calculate the brand effect of digital advertising without relying on typical performance metrics, such as clicks and site visits.

The tool ingests survey data and ad exposure data from the web, linear and OTT. The survey information comes from Survata’s network of publishers, which pose questions to site visitors about their media consumption, shopping habits and other behavior in return for unlocking gated content.

The traditional way of measuring brand lift involves creating control and exposed groups and looking for differences between the two. Instead, Survata models the behavior of anonymized individuals to produce a persuadability score, which measures the likelihood that someone will be influenced by brand marketing and move down the funnel.

This information can used to predict how others with similar attributes will react to a campaign, messaging or creative. It can also help brands make educated guesses about whether a conversion is likely to be incremental.

“You can treat this data just like conversion data and create programmatic audiences that you feed into DSPs to do bid optimization,” said Survata CEO Chris Kelly. “Most of the brand lift and favorability studies you hear about are at the population level, and the result is always something like, ‘Hey, you got a 5% lift,’ which is good for research, but doesn’t tell you anything you can use to optimize toward.”

The feedback loop is also faster than a typical brand lift study, which can take several weeks, and brands have become accustomed to speedy results. One of the reasons advertisers got so addicted to digital performance metrics in the first place is because they can get them in real time, Symonds said.

“But if we can put a performance lens on branding, we can dig into the ROI of branding,” he said. “We can find the right impression, the right engagement and verify an audience’s reaction to what we’re doing.”

AKQA, whose clients include Uber, Clorox, Amazon and IBM, has implemented the Survata brand measurement method with most new clients for segmentation, audience validation and also for more qualitative messaging optimization.

A brand’s sustainability message, for example, may seem gender-neutral on its surface, Symonds said, but end up only resonating with some women. That knowledge enables a brand to develop different messaging for its male audience.

“This is the sort of information that helps us set up a higher-quality dialogue with our clients,” Symonds said. “As digital becomes the majority of time spent and TV becomes more expensive, it’s increasingly important for us to be able to build brand and drive performance efficiently using digital as a medium.”