But retailers are starting to get more sophisticated and move beyond the obvious sales-related use cases. (When someone is searching for “potato chips” on Instacart or Walmart, it’s hardly rocket science to serve up an ad for potato chips.)

Kroger and Roku, for instance, have a partnership to attribute TV campaigns based on store sales. The Roku ads aren’t shoppable and there is no add-to-cart, but by integrating Kroger sales information it’s possible for brands to see how products move at specific stores in specific areas.

A brand like Pepsi, for example, might have a person whose entire job is focused on selling Pepsi products carried by Kroger or Albertsons brand grocers in northeastern states. If Roku can confirm that its campaign helped do that, Roku is able to unlock those retail media budgets.

The rise of RMNs

But retailers are also starting to spread their inventory around the web.

Kenshoo changed its name to reflect its move from a search and social media ad platform to one focused on retail media. Rather than offering advertisers a way to span many social walled garden platforms in a single dashboard, Skai’s revamped pitch is to serve as a buying hub across retailer walled gardens, a.k.a. RMNs.

“Retailers are the new publisher beachhead in ad tech,” said Nich Weinheimer, GM of strategy and commerce at Skai. 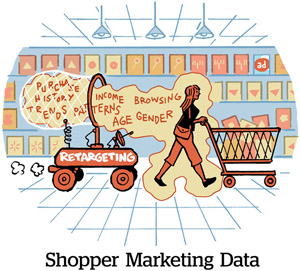 The most important thing about retail media 2.0, a catchall for retailers using first-party data to target and monetize their audiences, is that the real value doesn’t come from the inventory or even who’s making the buy. It’s all about the data.

Take Criteo. The company has always been adjacent to the point of sale. After all, historically it was only paid for direct sales. But Criteo needed to acquire HookLogic to get its hooks into retail media budgets, because HookLogic had direct retailer partnerships – and therefore retail data. Without that, Criteo’s retargeting capability was only an extension of search or programmatic budgets.

Having direct data links into retailers is critical for the category and the reason why such (let’s be frank) boring media – online coupons and basic sponsored product listings – are suddenly considered so interesting.

“What’s different with retail media now is the promise that brands will have a better understanding of their audience and that it’s going to help clients sell more products and have stronger relationships with shoppers,” Lanzi said.

A CPG brand with 250,000 customers in its CRM, for instance, could upload that list and target against it on Google, Facebook or Amazon. But no user-level data returns from those systems. Google might promise it reached X percent of those individuals and that the brand is performing well with, say, women in midwestern cities, but no new information can be appended to the existing profiles.

And sometimes RMNs can help grow the baseline number of customers in an advertiser’s CRM. This is possible in cases where there’s a data-sharing partnership between the retailer, the brand and usually a financial company like Chase Rewards or Cardlytics that can connect the credit card info. 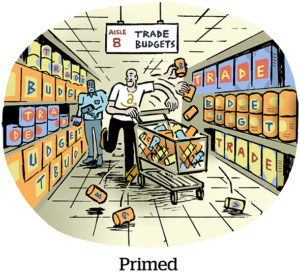 Another good example is the test Campbell’s Soup ran with Instacart during the 2021 holiday season for a retail trade marketing extension.

The pandemic practically kiboshed the popular retail marketing tactic of in-store demos and free samples. (Eek! Touching hands with a stranger.) But free samples of bread and tomato soup or small slices of grilled cheese – that moves soup off the shelves.

Campbell’s still sets aside samples of its soup to give away for free, but now it’s distributed via a targeted offer to Instacart customers who previously purchased a competitor’s soup or broth brand.

And that’s only the start. Instacart also creates an analytics audience out of the thousands of users who claimed a Campbell’s Soup freebie. Come January 2023, the brand is planning to work with Instacart to examine what percent of rival brand shoppers became Campbell’s Soup regulars.

In the brick-and-mortar world, brand marketing was largely distinct from sales. The people who signed distribution deals with retailers were the ones responsible for keeping inventory flowing and moving off the shelves.

Data-driven and programmatic marketers need SKU-level data, because they’re increasingly asked to connect their ads to sales and are selling groceries directly online.

And so, retail trade marketers need ad tech expertise – or their products sit on shelves and it’s difficult to know why. (Spoiler: TV isn’t driving shopper decisions like it used to.)

“The lines are starting to blur,” Morale said.