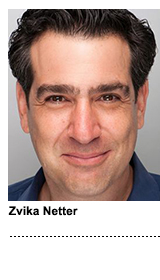 The landscape for IP-delivered TV ads is a heck of a lot different from digital advertising.

For one, consolidation is happening extremely slowly, if at all. The number of scaled platforms with big audiences is crowded and diverse and includes Roku, Amazon, Google/YouTube, Disney, NBCU/Peacock, AT&T and Comcast among many others.

This week on AdExchanger Talks, Innovid CEO Zvika Netter argues that this fragmentation will continue, a state of affairs he claims will benefit independent ad tech players.

“Because TV is an existing ecosystem, with $200 billion in play with great content… it’s a great world for brands, agencies and consumers to have a lot of choices,” Netter says. “I believe the brands and agencies understand now not to give too much power to a single entity, because that will come back to bite all of us.”

Netter also gets into Innovid’s upcoming public offering via SPAC, which is planned for Q4. He says the company never considered selling, in part because the founders are enjoying themselves too much.

“We’re self-sufficient, profitable [and] growing very fast,” he says. “We’re having fun, which is extremely important.”