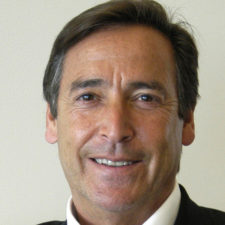 The national reopening is a shattered dream, but advertisers may stick it out in the second half of this year.

“Even with the significant rise right now in infections, at least as of today we’re not seeing massive pullbacks in national TV advertising … like we saw in March,” Horizon Media CEO Bill Koenigsberg says in this week’s episode of AdExchanger Talks.

Founded in 1989, Koenigsberg has grown Horizon Media to some 2,300 employees and $8.5 billion in client investments. Along the way he has weathered three or four economic recessions and several waves of digital disruption.

As terrible as the outbreak has been for the economy, Horizon estimates Q3 spending will rise slightly compared with Q2, and Q4 will see another uptick. But Koenigsberg says advertising will not return to pre-pandemic levels any time soon. Indeed, Horizon Media estimates that 2021 full-year spending will be lower than 2019.

Koenigsberg also describes how the COVID-19 pandemic drove rapid changes at many clients, including Chobani.

“They didn’t have all of the expertise and technology that they needed, but they had to for survival figure it out fast. They’ve done more in three months than they’ve done in three years,” he says. “I don’t think we’re going to go back. A lot of businesses are being transformed forever from an ecom perspective. We have trained a whole generation of consumers.”