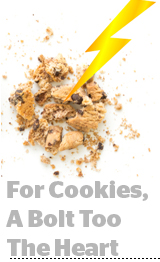 The Washington Post introed a first-party data ad targeting tool called Zeus Insights that can work without third-party cookies and target across display, video and native ads, reports Digiday. Zeus, which can be used in both direct deals and programmatically, looks at context – like what someone is reading and watching, for example – and matches that info to audience data it’s collected over the last four years in order to figure out consumer intent. But Zeus isn’t just for WaPo. The publisher will also license its new solution to other publishers as a way to help the publisher community at large generate the scale that advertisers usually only get from Facebook and Google. Also note: Cookies haven’t completely crumbled at the Post, which still plans to offer cookie-based targeting. More.

Quibi, the short-form video app backed by Jeffrey Katzenberg and Meg Whitman, has a new customer. NBC News signed a multiyear, eight-figure deal to run a twice-daily news show on the platform, which is set to launch in April 2020, The Wall Street Journal reports. The shows will run less than six minutes long and live in Quibi’s “Daily Essentials” section, which covers topics such as news, sports and weather. While Quibi wants to draw in viewers with high-value production work from famous directors, “Daily Essentials” content will keep them coming back every day, or that’s the idea, at least. “Professionally curated news is costly if you want to have the best,” Katzenberg said. “That’s why we’re going through a global enterprise like NBC News and commissioning them to create a unique product.” NBC News will not sell ads on the show, however. Noah Oppenheim, president of NBC News, claims that what NBC develops for Quibi will not compete with its daily news show on Snapchat, which attracts a different audience. More.

Amazon is leveraging Prime Day to get advertisers to spend more on its platform – but not all categories benefit from a boost in ad spend on Prime Day. While brands in the tech, beauty and personal care verticals tend to overinvest on Prime Day, categories such as CPG aren’t always a fit for Prime Day deals. A CPG client of UK-based agency Geometry says Amazon asked it to at least double its media spend on the platform for Prime Day, CNBC reports. “In the case of this client, its products are not natural deals for Prime Day, so taking part would only reduce their overall margin,” said Geometry’s chief digital officer Debbie Ellison. Many brands are avoiding siphoning more money to Amazon by promoting Prime Day deals on their owned-and-operated social channels. But those that do invest heavily in Prime Day through media on Amazon do see a halo effect long after the event is over, said Malcolm Pinkerton, VP of ecommerce and digital insights at Kantar. More.