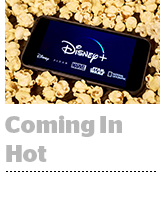 Streaming Down The Rapids

In the streaming wars, the mouse will be crowned king. EMarketer anticipates Disney Plus will grab 72.4 million users this year, a full 32.1% of OTT viewers in the United States. By contrast, “only” 18.8 million people have taken a bite of the Apple (specifically, the Apple TV Plus). That’s some speedy growth, considering both services went live last November. That trajectory means Disney Plus is on pace to one-up Disney-owned Hulu by 2024, when Disney Plus’ US viewers will number 123.4 million, compared to Hulu’s projected 115.6 million. As of now though, it’s Netflix’s game to lose, with 168.9 million subscribers in 2020, followed by Amazon with 130.1 million. Hulu currently has 94.5 million.

Kraft-Heinz Plans Cuts … But Not To Marketing

Kraft Heinz’s austerity measures didn’t work the first time, so why not try again? As reported by The Wall Street Journal, the CPG giant is planning $2 billion in cuts over five years, though this time, said new CEO Miguel Patricio, the cuts will be more strategic than when the last guy did it. This time, for instance, marketing won’t be the black sheep, as Patricio plans to use the savings to juice up some of the company’s dwindling brands. Expect a marketing spend increase of 30%. Overall, Kraft Heinz has done all right during the pandemic, with surging sales around Oscar Mayer deli meat and Kraft macaroni and cheese, as customers stockpiled. But its products are still losing out to lower-priced cheeses, meats and coffees.

On The Plus Side

Streaming wars? That’s nothing. It’s all about the grocery wars. Walmart Plus, the latest in the let’s-slap-a-plus-sign-on-it trend, launched on Tuesday after months of rumors about its impending arrival. The service, a clear shot over the bow at Amazon, is also “a dramatic pivot from Walmart’s notorious resistance to loyalty programs,” NBC News reports. The pressure on Walmart to ramp up its online delivery efforts has only increased during the pandemic, and Amazon’s got an enormous head start. Amazon Prime already has roughly 150 million subscribers, and it’s unclear if customers will pay for yet another subscription unless they’re getting something new and unique. Walmart Plus, to be fair, does have a lot going for it: Members get free grocery and household delivery and mobile checkouts on store purchases for $98 a year, and a discount on fuel. “People are really rational, and people will pay for whatever gives them more value,” said Sucharita Kodali, a retail analyst with Forrester Research. Walmart was the No. 1 grocery store and the top bricks-and-clicks store by both downloads and active users in August, according to App Annie, second only to Amazon.