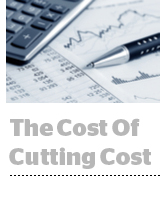 The global trend of cost-cutting at some of the world’s largest advertisers hit a brick wall on Thursday, when Kraft Heinz reported weak earnings and had to write down more than $15 billion in value from brands like Oscar Mayer and Kraft. The company had been under the sway of private equity goliath 3G Capital and its policy of slashing spending, including on marketing investments. “The challenge of [zero-based budgeting] is that it has been considered by many as a panacea, like a magic bullet, so it has been misused,” Deloitte executive Omar Aguilar told The Wall Street Journal. More. The setback is a vindication for agencies, publishers and others who have sounded the alarm on the trend of slashing ad spend. Or as Bank of America’s Lou Paskalis succinctly tweeted, “Cost-cutting is not a growth strategy.”

Horizon Media is introducing a new, 100% performance-based agency, Big, and is aiming for 70% to 80% of its media deals to be based on guaranteed business outcomes within the next three to five years. “The days of delivering impressions are over,” Horizon CEO Bill Koenigsberg tells Ad Age. This year’s TV upfronts will still be only marginally based on actual conversions or guaranteed performance. “We want to change the currency of the entire marketplace to business outcomes,” Koenigsberg says. The agency group is also looking for a Chief Business Outcomes Officer, a new role (of course), tasked with structuring more attribution-based buying models. More.

At least 11 popular health and finance apps with tens of millions of downloads send sensitive user information to Facebook without disclosure or permission and use that data to target ads on the platform, The Wall Street Journal reports. Heart rate monitors, menstrual trackers and real estate apps send custom information to Facebook seconds after a user enters it, even if that person doesn’t have a Facebook account. The apps then use that data to target against a unique ID on Facebook that’s easy to match to a user profile. A Facebook site pixel works the same way, but data-sharing deals for physical and health-related tracking are a bigger concern. Facebook said sending sensitive health or financial data is a violation of its business practices and will start to remove apps that do so. More.

LiveRamp is making its IdentityLink IDs available for free to demand-side platforms. It’s an extension of what LiveRamp has been working on since late last year, beginning with an integration between dataxu and Index Exchange. DSPs adopting IdentityLink as a baseline ID would have a free license for cross-device targeting, frequency capping and basic measurement services, says Travis Clinger, LiveRamp’s VP of strategic partnerships. Match rates would also improve between DSPs and SSPs using IdentityLink or the Advertising ID Consortium, since the two sides wouldn’t need to go through a series of cookie syncs. LiveRamp benefits because its ID service for brands would improve and DSPs would pay for a la carte programmatic features such as first-party data services, data marketplace sales or offline transaction measurement. Clinger says more than a dozen DSPs currently hold licenses for IdentityLink. But getting companies to adopt the LiveRamp ID as a standard is much tougher on the demand side, where every vendor pitches its own IDs and cross-device graphs.