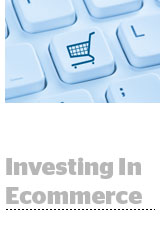 “We’re behind,” said Marc Lore, Walmart head of ecommerce, at Recode’s Code Commerce conference this week. “We need to catch up.” Catching up means loosening the purse strings. In 2017, Lore spearheaded three acquisitions totalling $200 million (and that doesn’t include Walmart’s $3.3 billion takeover of Jet.com, Lore’s ecommerce marketplace). The brick-and-mortar behemoth also announced a Silicon Valley incubator for retail tech startups. “We’re seeing what these acquisitions have done for the business,” he said. “It’s definitely a nice surge, so we will continue to do it.”

The laws of supply and demand are poised to squeeze digital advertising, as mobile, video and search placements shoot up in price even as brand audiences get harder to reach. “We’re no longer in a period where you can just get organic growth,” Tamara Gaffney, Adobe Digital Insights principal analyst, tells CNBC. It’s good for Facebook and Google, which own the lion’s share of inventory, but users are getting better at trimming the time they spend browsing and surfing other apps and the web. If advertisers “can put in a dime and get back a quarter, then they’re going to keep putting in dimes,” she said. More.

Last year publishers were bullish on messaging platforms like WeChat, Messenger and Line, but sluggish user growth has led many to put on the brakes. The missing ingredients: content discoverability, user targeting and analytics. Plus, platforms are inconsistent in their monetization and distribution strategies. “The expectation that AIs are going to become great public spokespeople for anyone’s company with a few lines of code is the height of hubris,” Robert Hoffer, co-founder of the AIM chatbot Smarter Child, told Digiday. More.

“Platforms are, in a sense, capitalism distilled to its essence,” writes John Herrman at The New York Times. “They are proudly experimental and maximally consequential, prone to creating externalities and especially disinclined to address or even acknowledge what happens beyond their rising walls.” Major digital platform players like Google, Microsoft, Amazon and Uber have each developed a stable of academics to help explain (or explore) platform economics. Take Susan Athey, a Stanford professor and Microsoft consultant who applies learnings from real-world auctions, like the government selling timber tracts, to digital exchanges [AdExchanger coverage]. More.