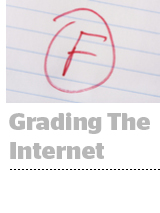 F Is For Fake

Last year was a point of “inversion” for the Internet, which has become oversaturated with malicious nonhuman traffic, ad fraud, fake news, falsely reported metrics and other forms of digital unreality, according to a New York Magazine story. It was a year overflowing with revelations about Facebook analytics screw-ups, China-based click farms and the rise of AI-generated “deepfakes” that convincingly impersonate humans. In late November, the Department of Justice took down the Methbot and 3ve botnets, demonstrating how “fraudsters had essentially created a simulacrum of the Internet, where the only real things were the ads.” Bad actors, bad behavior, bad news. But here’s a different spin: 2018 was the year people realized the extent of digital deception – and really started to address the problem. More.

Amazon is poised to win a monumental contract with the US government to open a web portal for federal agencies to buy office supplies and related equipment, reports The Guardian. The federal procurement market is worth $53 billion. The generally accepted narrative is that Amazon and the Trump administration have an antagonistic relationship, since the president assails Jeff Bezos about his ownership of The Washington Post. But, in the background, Amazon maintains ties with a deeply interwoven web of former government officials – the leader of its federal agency efforts, for example, was the chief US acquisition officer during the Obama administration – and major contracts with agencies, such as the CIA and Defense Department. In other words, Washington D.C. is Amazon’s biggest customer. The General Services Administration, the government’s procurement arm, said that it’s met with 35 companies about the nascent ecommerce program and hasn’t decided which ones will operate its acquisition portal. More.

Ad tech companies and influencers have something in common: trouble getting paid. Although inventory is bought and sold upfront, brands and agencies often don’t pay their ad tech partners for weeks or months after a campaign runs. Similarly, companies that work with influencers are forced to pay marketing costs and expenses for things like equipment, flights and hotel rooms, up front – often far more expensive than the media placement itself – and then invoice the brand or agency after the fact. It’s up to the influencer platform to track down payment, says Marco Hansell, CEO and founder of Speakr, an early influencer agency that suffered financial troubles and struggled to pay its influencers on time. Brands can also cut campaigns or refuse payment for things the influencer or the influencer platform can’t control, like if an inappropriate account retweets the sponsored post, reports The Atlantic. Take Defy Media, a large YouTube creator network, which collapsed last month, taking hundreds of thousands of unpaid sponsored content down with it. More.

Just before Christmas, Facebook suspended five accounts that spread disinformation during the Alabama special election last year. One account belonged to Jonathon Morgan, CEO of social media research firm New Knowledge, who told The Washington Post he had “experimented with misleading online tactics” in the lead up to the senate race, including creating a fake Facebook page appealing to conservatives and buying retweets to push out divisive messages. Morgan said he was acting as a researcher rather than trying to sway the election. More.