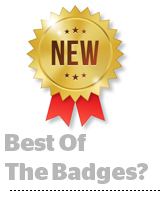 Amazon is testing a “Top Brand” badge for fashion and apparel products. Amazon doesn’t specify how the new label is applied, but it seems to be attached to large, well-known companies, according to Marketplace Pulse, an ecommerce analytics firm, which first spotted the badge in the wild. A search for “swimming goggles” returned Speedo as Top Brand, and brands like Under Armour, Fruit of the Loom and New Balance turned up on general searches such as “running shorts” and “t-shirt.” Amazon already has badges like “Best Seller” and “Amazon’s Choice,” but those often go to the ecommerce company’s private-label lines. Amazon runs tests all the time, so “Top Brands” could be temporary. But it would make sense for Amazon to open up a way for large brands to stand out – or, rather, to pay to stand out.

Big entertainment companies are in a headlong sprint to launch their respective streaming video subscription offerings. AT&T TV launches in 10 cities this week, according to Cord Cutters News, with a nationwide rollout expected by year’s end. And Disney has released new teasers for Disney+, the subscription library it plans to launch later this year with content from Disney Studios, Pixar, Star Wars, Marvel and National Geographic. Additionally, Disney announced the streaming platforms where Disney+ will be available at launch, including Roku, Apple TV and Chromecast. The list notably excludes Amazon’s Fire TV. More at The Verge.

The collapse of Tumblr’s value, from the $1.1 billion Yahoo paid to acquire it in 2013 to the $3 million pittance it fetched in last week’s sale to Automattic, is a sign of how digital monetization has matured. “On the business side, it operated under the assumption that it could make money off its users the same way people had since the invention of the banner ad: Build a big enough audience, and ‘monetization’ will take care of itself,” writes Wall Street Journal columnist Christopher Mims. “Having a very popular product and only the vaguest idea how to make money on it does not, it turns out, a world-changing business model make.” More.