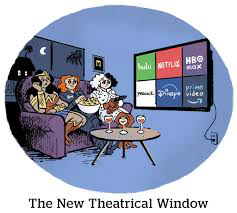 A Stitcher In Time

Kargo Global has acquired the online retail advertising company StitcherAds for $64 million. StitcherAds, an Irish startup, specializes in selling on social platforms, including Facebook, Instagram, Snapchat and TikTok, whereas Kargo’s main business is placing ads on the mobile web or within a network of app publishers. “We realized we were only satisfying a small part of the total need of our retail clients,” Kargo founder and CEO Harry Kargman told The Wall Street Journal. Although Kargo missed a big wave of mobile companies recently hitting the public market – AppLovin and ironSource come to mind – Kargman says this deal sets the company up for a potential IPO in the next few years. And because Kargo didn’t ring the bell at the stock exchange this year, the company still needs to keep pace with the consolidation among mobile ad tech players. The StitcherAds deal is Kargo’s second acquisition ever, following last year’s purchase of social embed tracker Rhombus. But Stitcher is a larger takeover, adding 120 people to a company of 225.

Change is afoot for the Google Search page and user experience. In a blog post last week, Google announced it would bring continuous scrolling to mobile search results. This format is “more seamless and intuitive” for users, wrote Niru Anand, a Google Search product manager. The feed-ification of the mobile internet cannot be stopped. Google is also slowly rolling out search features called “Things to Consider,” “Refine this Search” and “Broaden this Search.” These tools direct users to the correct path for searches that can be interpreted in many ways, according to Search Engine Roundtable. As part of these changes, the search feed is becoming more visual. Google will even prompt users to refine questions based on images. These capabilities – what Google calls its Multitask Unified Model, or MUM – will be important commerce drivers, too, as the search algo adapts to online shopping patterns. Speaking of shopping patterns, one of the first examples of the tech is for people to use an image of a fashion pattern to see all the products with that same design available to buy on Google Shopping.

Disney lost more than $10 billion off its market cap on Monday after a Barclays analyst downgraded the stock due to diminished growth in streaming subscriptions. Disney set a target for itself of 230 million to 260 million Disney+ subscribers by the end of 2024. But Barclays analyst Kannan Venkateshwar says the service would need to more than double its subscription growth rate between now and then to reach this lofty goal, Reuters reports. Disney has no easy growth levers, even if it paid questionably high customer acquisition rates – and, the fact is, Disney+ already did that, with super-low or even free promotional deals during the first year or two. Its price has already increased this year. Disney has amazing franchises – Star Wars, Pixar, Disney Studios, Marvel … heard of them? – but a comparatively small library of content compared with other ad-free streamers, such as Amazon Prime, Netflix and HBO Max. Venkateshwar said Disney+ appears to be releasing new shows or movies about once per week. After a surge of sign-ups right out of the gate, Disney+ growth is starting to plateau as it fights against churn and newer services that have more titles overall, including Discovery+, Peacock and Paramount+.

Instagram struggles with fears of losing its “pipeline” of young users. [NYT]

Google and the NBA sign a multiyear tech and marketing partnership. [MediaPost]

Scopely is set to acquire GSN Games from Sony Pictures in a $1B deal. [release]