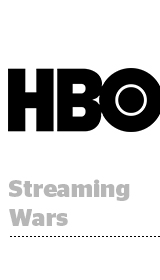 HBO is at a crossroads and its new corporate manager plans to make a change, a recording from a recent company-wide town hall meeting suggests. John Stankey, the AT&T executive who now oversees the Time Warner media properties, says the network’s global subscription base of 142 million isn’t enough to compete with streaming media services. (He didn’t say Netflix, but it’s definitely Netflix.) “We need hours a day,” Stankey said. “It’s not hours a week, and it’s not hours a month. We need hours a day.” Why the obsession with engagement? “Because you get more data and information about a customer that then allows you to do things like monetize through alternate models of advertising as well as subscriptions,” Stankey said. When AT&T acquired Time Warner for $85.4 billion, executives said they’d take a hands-off approach to HBO. This tense exchange, obtained by The New York Times, suggests otherwise. More.

Amazon is upping the price of Prime Day Lightning Deals, the limited-time offers exclusively for Prime members on the ecommerce giant’s biggest sales day of the year, for third-party merchants from $500 last year to $750 this year. The company is also telling sellers that buying ads on Amazon is “more effective on Prime Day as sellers see up to a 300% increase in ad-attributed sales and 200% growth in ad impressions,” reports CNBC. It’s a neat double dip for Amazon, as sellers pay more upfront to be featured on Prime Day and then increase their ad spend. More.

Why They Call It “Demand”

Some publishers are peeved at Publicis Groupe for passing the buck on GDPR compliance responsibility. Publicis is asking publishers to assume liability for consent used to retarget audiences off their sites, effectively making them responsible for data leveraged by the agency. To make matters even more complicated, compliance efforts are siloed across agencies, so publishers are being flooded with conflicting data processing agreements from the same holding companies. “We have had over a dozen from all agency groups, saying, ‘Sign this or we can’t do business with you,’” an anonymous publishing exec told Digiday. “It feels like their default position.” More.

Many in the TV industry have come around to the idea that broadcasters will have to work together in unprecedented ways to remain competitive with digital-native ad players soaking up market share and consumer attention. The OpenAP consortium, launched last year to establish common advanced TV data standards, has gathered momentum. Now AT&T Advertising and Analytics is gearing up to pitch the industry on its own platform. It has a compelling pitch, according to CBS EVP Sales David Lawenda. “‘Who do you want partner with, me or Google?’ Neither are great, but at least AT&T can say, ‘We do business together,’” he said at the recent VideoNuze Ad Summit. More.