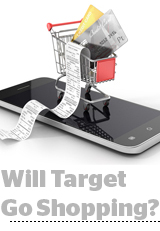 Target is considering a deal for Triad Retail Media, the shopper marketing agency bought by WPP’s Xaxis programmatic group in 2016, The Wall Street Journal reports. An acquisition is far from certain, though. Target has been increasing investments in Roundel, its recently rebranded in-house ad platform business, which the company said in May has been “a source of profitable growth.” And Triad would immediately expand Roundel’s brand footprint and agency-style campaign reporting. Don’t discount the fact that Triad has been an integral part of Walmart’s data and media business the past decade. Until earlier this year, when Walmart said it would take Triad’s services in-house and started unwinding its relationship with the agency. A peek at Walmart’s programmatic playbook over recent years could be useful as the two largest US retailers develop their respective media businesses. More.

Amazon’s private label brands have become category powerhouses, and the commerce giant makes competing against them a major challenge. For instance, Amazons serves programmatic ads across the web, but those campaigns also serve to Amazon’s owned-and-operated media so they must conform to Amazon’s creative vetting. If ad copy or color schemes look overly similar to Amazon private labels, the campaigns may well be blocked. One agency exec tells Business Insider that a campaign promoting a fast-food chain’s home delivery was blocked because Amazon competes with the delivery service co-featured in the ad. The creative had to be tweaked to focus on the restaurant, instead of the delivery service.  More.

A doctored video of House Speaker Nancy Pelosi that slurred her words during a speech spread across social media Friday, raising concern about how video editing software can be used for online misinformation in the lead-up to the 2020 election. The video, which has been viewed millions of times on Facebook, slowed down Pelosi’s speech while maintaining her appearance, which created the subtle effect of making her appear drunk. YouTube took down the video, saying it violated its standards, but Facebook allowed the video to remain on the platform while limiting how widely it’s shared, The New York Times reports. The incident brings to the forefront social media’s role in combating disinformation and fake content. “There is no way back,” says Siwei Lyu, a computer science professor at the University of New York Albany. “The Pandora’s box is opened.” More.