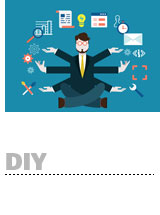 Fresh off a $20 billion IPO and with Instagram breathing down its neck, Snap needs to make it easy for advertisers to spend. That’s why the messaging app is launching self-serve buying for Snap Ads, the vertical video units that run between users’ stories and Discover videos, Digiday reports. It’s Snap’s second self-serve product after launching self-serve geofilters in December.  “It’s a huge advantage,” said Jill Sherman, head of social media at DigitasLBi. “It gives us better control and enables us to also understand performance better.” Buying through a native Snapchat tool also eliminates third-party mark-up fees. More.

Bustle has acquired millennial digital media site Elite Daily and renamed itself Bustle Media Group, Business Insider reports. Elite Daily was first acquired in 2015 by the Daily Mail, which wrote down the $40 million purchase just a year later after on-site readership tanked by half. But Bustle CEO Bryan Goldberg saw potential in the Elite Daily – specifically the potential to add 20 million social platform users to its network. While Bustle has seen readership stagnate around 45 million monthly uniques since October 2015, its Instagram following jumped 600% last year. Elite Daily sees about 60 million monthly views on social media. “This deal is very much about us doubling down on platform revenue,” Goldberg said. More.

Walmart is reportedly closing in on a deal for the online clothing brand Bonobos at around $300 million. It would be Walmart’s fourth deal since acquiring Jet.com and placing Marc Lore in charge of its ecommerce business. The deals have been “intended to bring new digital leadership into Walmart – the CEOs of the acquired companies have been staying in place – and to increase the selection of goods on Jet.com, with bonus points for branded goods that can’t be found on other sites, like Amazon,” Recode reported last week. More at Bloomberg.

The Verge examines publisher resistance to Facebook’s Instant Articles (a topic that first surfaced last week on Digiday). “After scrambling to rebuild their workflows around Instant Articles, large publishers were left with a system that failed to grow audiences or revenues.” But reading between the lines, Instant Articles may be a red herring in a debate that’s really about how Facebook’s algo treats news publishers as a whole – regardless of whether they use its mobile content format. The company’s top priority is user engagement. In light of that, video and friend-to-friend content may continue to dominate the news feed. More.