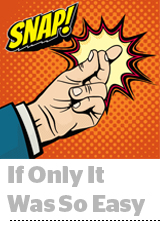 Twitter still has some catching up to do on the advertising front, CFO Ned Segal acknowledged Monday at Morgan Stanley’s Technology, Media and Telecom conference in San Francisco. Segal said Twitter needs to prove its ad formats drive interest even if there isn’t a direct click to purchase, MediaPost reports. “We do have some direct-response advertising on Twitter but not as much as we should,” he said. Most of those DR dollars currently come from video campaigns where users click through to a mobile game, say, or link to a site after watching a trailer. But there’s a much broader pool of performance advertisers that have been tapped by Facebook, Instagram, YouTube and even Snapchat. More.

Snapchat’s long-awaited turnaround hasn’t happened yet, and it’s clear the company won’t emerge as a real contender to Facebook and Google, as many buyers and investors had hoped. The switch from direct, TV-style ad sales teams to a programmatic platform in 2017 harmed prices and a redesign introduced last year was scorned by users. But Snapchat has defended the changes as necessary business moves as the company matures, despite the rough blowback. “There are some reasons to believe that Year 3 may provide a turnaround.” Snapchat’s revenue has picked up, and the switch to programmatic may start yielding dividends this year. More.

Taboola is acquiring Israel-based news distribution service Start Magazine for an undisclosed sum. The app, which is pre-installed on 20 million devices through partnerships with local cell providers, will grow the footprint of Taboola’s own news service, positioned as an alternative to Apple News. The content recommendation engine has inked deals with telcos like ZTE and Vivo to grow its news service footprint. Unlike Apple News, Taboola links out to publisher sites rather than keeping readers – and publisher data – within its walls. “That is the Achilles’ heel of Apple News,” Taboola CEO Adam Singolda tells The Wall Street Journal. “I will never work with someone that asks me to keep people inside.” More.