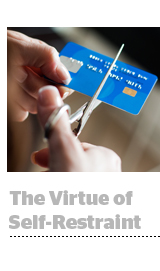 When AT&T hired Brian Lesser to run its new targeted advertising business and acquired AppNexus as its anchor asset, the company signaled it might move quickly on more acquisitions. But the appetite for mergers has faded since then, and the company now plans to hold off on any deal-making until the end of this year at the soonest, AdExchanger has learned.

The decision, instigated by AT&T CFO John Stephens and CEO Randall Stephenson, has everything to do with AT&T’s massive borrowing in recent years. AT&T carries approximately $170 billion in debt from its Time Warner and DirecTV acquisitions, as well as investments in 5G, making it the world’s most indebted company aside from financial institutions.

In recent comments to investors, management has promised to aggressively retire some of that debt while also continuing to pay dividends to investors.

For Xandr, that means the TV and video ad tech capabilities it may have once hoped to acquire must instead be built using internal resources. Those resources are not inconsiderable, given the hundreds of engineers Xandr gained through AppNexus.

“They are not going to do another really big move until they have shown some results from AppNexus, and they are making excellent progress,” said one investment industry source who asked for anonymity.

Xandr’s Q4 2018 revenue was $566 million, up 49% year over year, or 26% excluding AppNexus. Management has expressed happiness with its growth rate and progress on strategic initiatives such as delivering addressable ads against Turner’s linear TV inventory. But Xandr’s earnings still look like a rounding error next to AT&T’s 2018 cash flow of $22 billion. Internally at AT&T, AppNexus is still primarily viewed as an important strategic bet with earnings potential that lies in the future.

“We have invested money even in this time where we’re paying down debt, we’re going to make sure [Xandr has] the resources we need to be able to establish this platform and be a major player,” Stephens said.

Several sources said “freeze” would be too strong of a word to describe AT&T’s current cautious stance toward mergers. They say M&A is not off the table entirely, and Xandr may be free to snap up smaller-scale companies for $100 million deal prices to gain specific capabilities.

As AT&T hits pause on ad tech deal activity, rival Comcast appears to be ramping up its strategic pursuits. As AdExchanger reported last week, the company is showing fresh interest in acquiring ad platforms, specifically on the demand side, and has looked at a group of companies that includes dataxu and Cadent.