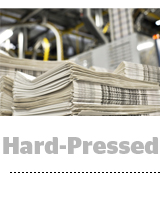 DoubleVerify has acquired the Finnish contextual ad tech startup Leiki for an undisclosed sum. Leiki is DoubleVerify’s first acquisition and comes a year and a half after DV was bought by the private equity firm Providence Equity Partners. Other ad tech companies sold to PE, like Marketo and Mediaocean, also bought up smaller companies to fill point solutions in preparation for a resale. And a week after Oracle closed its deal for Moat, a rival of DoubleVerify in ad viewability and verification, it acquired the contextual advertising company Grapeshot. Brand safety, online ad viewability and fraud are intertwined issues for advertisers, so it doesn’t make sense to have separate vendors for each. Avoiding fraud and pornography is no longer the bar, DoubleVerify CEO Wayne Gattinella tells Adweek. Now marketers want a much better understanding of headlines and the ability to parse news on the page. More.

German regulators will ban Facebook from collecting user data from third parties and prohibit data sharing between Instagram and WhatsApp. The ruling comes after an investigation into whether the company’s third-party data practices were unclear about gaining consent for online tracking when people signed up for the services. Under the new rules, Facebook will likely be unable to collect data from its “like” and “share” buttons across the web, which could limit its ad targeting and user engagement data. The case could also trigger a broader EU investigation, Bloomberg reports, because Germany has an influential regulatory agenda with the European bloc. More.

A media holding company known for snapping up and trimming down newspapers has made an offer for Gannett, publisher of USA Today and other state and local papers. Gannett’s value has dropped by two-fifths since it went public in 2016, and Digital First Media, the hedge fund-backed firm proposing the takeover, already owns 7.5% of the company, The Wall Street Journal reports. Print newspaper subscriptions are disappearing, but at a predictable rate. By buying up scores of newspapers and making major newsroom reductions, investors generate profit because it could take years for subscription losses to accelerate due to a loss in quality. As an investor in Gannett, Digital First is already calling for a moratorium on digital investments. More. On the flip side, WordPress introduced a publishing platform Monday backed by $2.5 million from Google and a collection of journalism groups to support local news orgs “struggling to find sustainable models for journalism.”