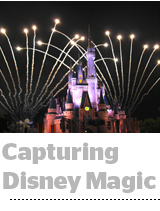 Disney was a little low on pixie dust when it updated its ad sales strategy recently. The process has been rocky, according to The Information. Besides a reorg that crossed multiple departments (AdExchanger’s coverage), the Mouse House also swapped out its Comcast FreeWheel ad server with Google’s technology. While Google’s ad server handles digital really well – the online giant won Disney over based on its ability to target using data – it’s not as good as FreeWheel when it comes to integrating ads into streaming TV environments. While the bugs have been mostly smoothed over, Disney reportedly lost several million dollars when ads weren’t properly tracked. Disney ad sales staffers also had to shift their areas of expertise. On top of that, despite the transition to Google’s ad server, FreeWheel was still used on some Disney websites. More.

If brands can in-house their ad agency business, what’s stopping agencies from becoming brand owners? Some media and strategy agencies that worked for early DTC brands are venturing into the category themselves, Business Insider reports. Gin Lane, a creative shop with DTC clients such as Harry’s and Hims is shuttering its agency to focus on a DTC brand holding company called Pattern. The Engine is Red, another agency that built its business with DTC startups, is launching a CBD-infused sparkling water brand. (Throw in some blockchain marketing and that’s the trending trifecta). “Being an agency is hard work: long hours, high demands and lots of complex external relationships to manage,” said Mike Cassidy, the former Undertone CEO who now runs DTC and ecommerce agency BVAccel. “Some of the agencies don’t want to be agencies anymore and are looking for a way out.” More.

Thinking about licensing your video content through Facebook’s burgeoning, ad-free subscription program? Digiday breaks down the pros and cons. Those in favor will get their content in front of Facebook’s huge audience. Cool. Facebook will make sure it’s easy to subscribe and Facebook’s rev share is comparable to the cut taken by Amazon, Apple and Roku. Sounds good, but … there’s always a but when Facebook has designs on publishers. Those who oppose Facebook’s latest dangled offer worry that Facebook’s stinginess with user data will also apply to subscriber data. There aren’t any big media names associated with Facebook’s program (not yet, at least). More.