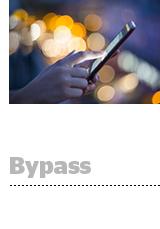 The Hand That Fees

Google’s Play store and Apple’s App Store have ruled app distribution with an iron fist, but fees of up to 30% on subscriptions and in-app sales are pushing some popular apps to rebel. Netflix has begun forcing subscribers and automatic re-subscribers in 33 countries to bypass iTunes payments, TechCrunch reports. Meanwhile new Spotify subscribers are not allowed to sign up using Apple’s in-app payment and the music streaming app suggests current users disable the auto-renewal so they too can pay Spotify directly. And Epic Games, developer of the smash hit “Fortnite,” asks Android users to download the game straight from its site.

Have Democrats ceded state and congressional seats to Republicans because they’ve failed to shift advertising budgets to digital? That’s the argument in The New York Times from Kendall Collins, former Salesforce CMO and a board member of Tech for Campaigns, a volunteer organization that lends digital expertise to liberal campaigns. The biggest political spenders online right now are the Trump Make America Great Again Committee, the president’s re-election campaign, and the right-wing organization Nation One that’s focused on Senate campaigns. Collins argues that by limiting digital to 10-20% of of the media mix, as Democrat candidates up and down the ballot have done in recent years, liberals have missed opportunities to reach younger voters, in-district voters and Spanish-language voters, many of whom can’t be found in legacy media channels. “Let’s start winning the digital game that we built before it’s too late.” More.

A recent Forrester report says holding companies face an “existential threat” and will need to change their business models in painful ways. Many CMOs have considered in-housing parts of their media and analytics activities and are working with larger consultants to trim spend. The researchers suggest WPP dissolve its hundreds of agencies to mere dozens and that GroupM be operated as a single media-buying agency, The Drum reports. Dentsu Aegis, Havas and Publicis will have an advantage, as they’ve already done this. More.