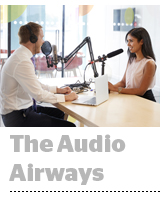 Disney’s 2019-2020 upfront was the biggest in the company’s history, with sales up 5% thanks in part to its acquisition of 21st Century Fox. Digital revenue and revenue from addressable TV were both up 50%, a sign of a growing appetite among marketers to add data to their TV buys and follow consumer attention as it shifts away from linear. But even the legacy business remains strong. Disney saw double-digit CPM increases across all dayparts in broadcast and low double digits in cable and sports – partially a result of price inflation as network TV audiences shrink. And live sports continues to thrive with double-digit CPM and volume gains in NBA and NFL broadcasts, respectively. Related: Disney Throws Down Gauntlet With Planned $12.99 Streaming Bundle

Twitter said it inadvertently shared user data with third parties without its users’ permission. People who have clicked an ad in the Twitter app since May 2018 may have had data like their “likes,” “retweets” and country codes shared with third-party measurement and advertising partners. While not exactly a Cambridge Analytica moment, it’s yet another example of how big tech platforms remain vulnerable to data snafus. “We take these issues seriously and whenever an issue arises, we conduct a review to ensure that we make changes to prevent these types of issues recurring,” a Twitter spokesperson said. More. Related: Similar to Facebook, Twitter will remove third-party data sources from its ad buying system over privacy concerns. More at WSJ.

As the US-China trade war expands, it’s natural to wonder if the fearful business climate might reduce overall marketing and media investment. As NYU Stern professor of economics Thomas Pugel told AdExchanger last year, tariffs reduce trade volumes and can lead CFOs to suspend budgets. “One of the main challenges here is uncertainty, a shift toward caution and some amount of risk aversion,” he said. On the other hand, cutting budgets during a period of weak sales – brought on by tariff-related price hikes, for instance – can lead to permanently reduced market share, as competitors and emerging companies rush to fill the vacuum. Read the original story.