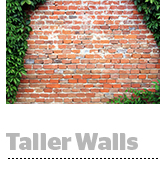 Good While It Lasted

Facebook’s data partner program will shut down on Aug. 15, a result of policy changes following the Cambridge Analytica data privacy scandal, and some marketers dread the impending loss. The program included data brokers like Acxiom, Oracle Data Cloud, Epsilon and Experian, which sliced audiences into valuable, easy-to-buy segments. “Sure, Facebook can find people who like cars, but it can’t identify a luxury car driver whose lease is up next week,” Ad Age notes. “Facebook can say who is a mom, but can’t break down every mom’s household income, at least not as reliably as those partners.” Without the third parties, brands will have to use Facebook’s less precise targeting parameters or, ideally, develop stronger first-party data to apply to the platform. More.

WhatsApp is finally going to sell ads. Facebook’s blue app is running out of room to grow and so the company will look to WhatsApp’s 1.5 billion users to expand inventory. There are no specifics on ad units yet, but WhatsApp will charge companies between half a penny and nine cents per sponsored message to its users, The Wall Street Journal reports. Users will also have the option to accept or reject receiving messages from businesses. WhatsApp will introduce additional ad formats and start putting ads in its status feature, which is used by 450 million people. The app won’t be able to read messages between brands and users, but companies could decrypt them for data about consumers. About 100 companies are testing the feature, including Uber and Singapore Airlines. More.

Google is working on a censored search engine that could reintroduce its search and ads platform to the world’s largest population for the first time in more than 10 years, according to a report by The Intercept. Chinese government officials have already seen the service, which filters searches for terms like human rights, democracy, religion and peaceful protest, and the approval process could be six to nine months. Google searches in the country would automatically censor anything blocked by the so-called “Great Firewall,” the Chinese government’s internet controls. When searches, sites or images are blocked, users will be informed that “some results may have been removed due to statutory requirements.” More.

Streaming media has helped NASA rediscover its potential as a content powerhouse. The governmental agency isn’t allowed to pay to promote or distribute content, NASA deputy social media director Jason Townsend tells The Drum, but it still attracts pro bono influencers by the hundreds and massive organic audiences. Everyone wants in on live video from space. The most-streamed live events ever on YouTube, for instance, were the Red Bull Stratos space jump in 2012 and the SpaceX Falcon Heavy rocket launch earlier this year, and last year’s eclipse was one of the most effectively monetized live-streaming news events in 2017. NASA is expanding its content footprint too. On SoundCloud, an online music and audio distribution service, NASA has popular tracks for space sounds like radio frequencies emitted by Saturn or the sun’s vibrations. The organization is also looking to produce more serialized video content and podcasts. More.