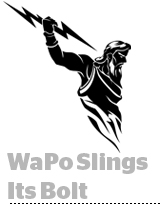 The Washington Post released an advertising and site management product Thursday called the Zeus Platform as part of its Arc Publishing tech suite. It will take a two-pronged approach: A package for small and midsize publishers promises improvements in ad performance and site latency, while a premium version offers access to the Post’s ad tech products and a programmatic managed services team, according to a blog post. Other leading news publishers are pursuing similar strategies. Aside from the incremental SaaS-platform revenue, there’s a halo effect from having a network of publishers, since even top news companies don’t capture broad enough audiences by digital media standards of scale. “Marrying creative and audience with context is a muscle that successful media companies have strengthened – and one that can only be achieved by companies that reach consumers through diverse channels,” wrote Courtney Glaze, Vox Media’s VP of revenue operations, in a recent AdExchanger column.

How Do You Watch Hulu?

Hulu revealed for the first time that roughly 70% of its viewers, or 58 million people, subscribe to its ad-supported plan. Earlier this month, Hulu disclosed that it had 28 million customer accounts, which translates to a total of 82 million viewers at an average of 2.9 viewers per account, Variety reports. Hulu hasn’t provided this much granularity in looking at its user base before, and the strong preference for its ad-supported service shows that streamers still have some level of tolerance for commercials – as long as they’re done smartly, said ad sales chief Peter Naylor Wednesday at the Video Advertising Summit in New York. “We have to restrain ourselves,” he said. “You can’t just jam ads because you need to make a number. We want to have an experience for viewers that is consistent.” More.

In other streaming news, NBC News launched its over-the-top service Wednesday, NBC News Now, with a commercial ad load that more closely resembles that of linear TV. The free, ad-supported service will include four ad breaks every hour at two minutes each, AdAge reports. That’s comparable to traditional TV ad loads during a time when viewers have less patience for ads in general, and NBC’s target audience for the service – 25- to 45-year-olds who might not subscribe to pay TV – is especially sensitive too. More.