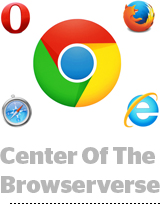 The MRC is getting closer to offering a single measurement standard for video ads across screens and devices. Last week, the measurement body finished a comment period on the draft of a cross-media audience standard, which tightens rules for how digital video companies and TV broadcasters record ad views. While most of the framework has been well received, two provisions have been highly contested, primarily among mobile marketers, MRC CEO George Ivie tells Axios. Mobile companies oppose the Duration Weighted Video metric, which bases impressions on a 30-second denominator, because mobile ads don’t play for as long as TV spots. The MRC will also raise its viewability standard from 50% of pixels in-view for two consecutive seconds to 100% of pixels in-view for that time, a tough blow for scrolling feeds. More.

Alphabet has fended off antitrust investigations into Google’s search business, local services, comparison shopping and smartphone OS. But don’t forget about the power it exerts over the web through Chromium, the open-source browser software that Chrome is based on. Chrome is the dominant web browser, with about 70% of desktop users, and other browsers, including Brave, Opera and Microsoft Edge, are based on Chromium. When those other browsers experience problems, getting fixes from Google engineers can be difficult, Bloomberg reports. This week YouTube stopped working for people with the updated Edge browser, following previous episodes in which Netflix stopped working for Brave’s browser and Google Docs and Gmail users experienced problems in Firefox. More.