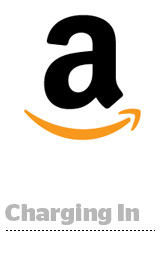 Welcome To The Jungle

Amazon has become a legitimate threat to Google and Facebook in the media space. In a note to investors, BMO Capital Markets analyst Dan Salmon raised his price target for Amazon from $900 to $1,200 and said it will take significant market share from the duopoly. “A key point of differentiation for Amazon is the massive amount of consumer purchase data it possesses,” he wrote. “While Google knows what people are searching for and Facebook knows what people are interested in and who they are connected to, Amazon knows the specific products that customers are purchasing and how frequently they are purchasing these products.” More at CNBC.

Eight mobile app companies, including Yelp, Twitter, Kik, Foursquare and Instagram, are proposing a $5.3 million settlement for a case disputing the use of an iOS feature called “Find Friends.” In a federal suit dating back to 2012, users claim the apps in question “violated their privacy by failing to inform them that ‘Find Friends’ would transfer user’s contact lists to company servers,” Fortune reports. Law360 first spotted the proposed settlement for the five-year-old case on Monday.

AT&T has snazzed up its top subscription plan with free HBO. “It’s worth noting that AT&T is currently in the process of acquiring Time Warner – which, among other things, is the parent company of HBO,” writes The Verge. This kind of synergy presents a big potential boost for telcos, alongside the controversial practice known as “zero rating.” Both are likely to be a common feature under the new US regulatory regime. It’s no coincidence that Roku, which tangled with the FCC and Comcast in 2014 when the telco blocked Roku users from accessing Netflix or Showtime, is staffing up a team of lobbyists, as Recode reports.

McDonald’s CMO Deborah Wahl will leave the company along with its US head of digital, Julia Vander Ploeg, The Wall Street Journal reports. Wahl, who was CMO at the quick-serve restaurant for three years, will be replaced by former Pepsi exec Morgan Flatley. Wahl was instrumental in developing a dedicated agency, We Are Unlimited, with Omnicom. As part of that RFP process, Wahl made unprecedented demands on performance-based agency payments and media-buying work done at cost. More.