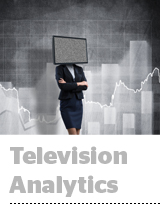 A+E is taking a two-pronged approach with its new TV measurement products. A campaign reporting feature called P1 is meant to onboard smaller businesses and direct-to-consumer startups, which hunger for attribution data and want to test TV with relatively low commitments by linear TV campaign standards, typically more than $500,000. “Many of these companies grew up on a digital ad model, and they get comfortable with a certain way of reporting,” A+E’s EVP of ad sales, Peter Olsen, tells MediaPost. “We are trying to create a product and a way that is not daunting from the cost of entry.” The TV network group is also working with 22 of its larger brand advertisers on outcome-based deals that tie commercial exposure to guaranteed lift for ecommerce site and store traffic. More.

Martin Sorrell describes S4 Capital, his marketing agency company made up of MightyHive and MediaMonks, as “purely digital.” But why focus exclusively on digital when traditional media is still a huge and lucrative piece of the marketing pie? “I think separating [digital and traditional media] draws attention to the need to shift the thinking from analog to digital,” Sorrell tells Digiday. “It’s very difficult to do that because often the analog business is the cash cow, and the digital business is the spendthrift business, and you get these tensions. When I’ve talked to a client and said we’re purely digital, I’ve not been shown the door to exit. The door’s been opened.” More.

Facebook will ban content that references white nationalism and white separatism in an effort to stem the flow of racist posts on its platforms. Facebook previously only removed posts that glorified white supremacy, a semantic distinction that civil rights activists argued undermined the platform’s efforts to control hate speech. The change comes just a week after Facebook said it would ban advertisers from excluding minorities from housing and employment ads. “There is no defensible distinction that can be drawn between white supremacy, white nationalism or white separatism in society today,” says Kristen Clarke, president and executive director of the Lawyers’ Committee for Civil Rights Under Law, to The Washington Post. More.