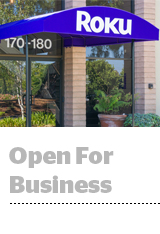 Adobe has partnered with Roku to match its clients’ first-party data with Roku’s own user data for programmatic campaigns on the OTT platform. It is the first time the company has made its first-party data accessible to a DSP, though expect other ad tech partners to work with Roku in a similar fashion. “This partnership gives Adobe clients a seamless way to activate their data and reach customers who’ve moved their TV viewing to Roku devices,” says Scott Rosenberg, general manager of Roku’s platform business, in a release. The main selling point right now is frequency capping, but eventually the first-party data accessibility could let marketers measure Roku using their own methodologies, though Adobe says that kind of granular measurement isn’t available at launch. Adobe has been a first mover in OTT partnerships lately. It was also the first DSP integration for FreeWheel’s new programmatic exchange product. More.

There’s a sharp divide between marketers who are confident around handling their first-party data and those who aren’t. A survey of 200 brand-side marketers from research firm Advertiser Perceptions and the agency MightyHive puts marketers’ data prowess into perspective. About 40% of marketers are confident in their ability to wrangle data today, the study notes. “Marketers falling into this category tend to use more types of technology, are likelier to use partners, and show a heightened interest in certain types of first-party data,” the study notes. But most respondents seem to understand that becoming data experts is a work in progress, and 67% of those surveyed anticipate reaching their goals in the next 18 months. Read more.

Sky TV’s streaming app, Sky Go, has introduced six-second pre-roll ads that are unskippable, Digiday reports. For the past couple years live sports and events have used six-second ads as a way to trim commercial pods. Some say it’s the only way to reach younger audiences, who aren’t receptive to 30-second commercials. Additionally, it will help TV networks be accepted into digital, data-driven media planning, and it’s much easier to follow Google’s lead than to get brands and agencies to rewire creative. “Watching shorter ads on VOD is obviously a different mindset from consumers using social channels such as Facebook and YouTube, and doesn’t allow for the sharing type of behavior we see in these channels,” says Alex Debenham-Burton, Essence’s head of reservation media. “It does, however, present an interesting opportunity for those current creatives that generally only exist on these platforms.” More.

The European Parliament approved a new copyright law on Tuesday requiring online media companies to sign licensing agreements with musicians, authors, new companies and content creators in order to post their work. The main goal is to spur tech companies into proactively policing for copyright violations, instead of responding to complaints after the fact, The New York Times reports. It’s a blow to a service like Google News, which relies on snippets pulled from the top of stories for news searches. Though it isn’t just the richest corporations ticked off about the law. Wikipedia was shut down in European countries this past weekend in protest. The targets of the law are Google and Facebook, but “these laws are often entrenching these big players,” says Raegan MacDonald, head of policy in the EU for the Mozilla browser. More.