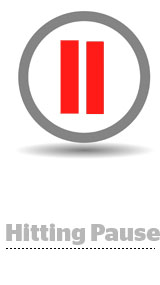 Google’s brand safety backlash leapt the pond Wednesday when telco giants AT&T and Verizon both said they will pull advertising from YouTube and the Google Display Network, according to reports. What’s going on? Some see a classic case of negotiating leverage. While Havas UK is the only agency that’s pulled spend, others are using the opportunity to demand more transparency from Google. But there’s more than a little “knee-jerk” in this industry reaction. Business Insider’s Lara O’Reilly writes, “One client joining the advertiser boycott told Google it wanted to cut all of its spend – including search. .... Just a couple of hours later, the marketer got back in touch to switch search back on, having realized their mistake.” More.

The Coalition for Better Ads on Wednesday released its standards for desktop and mobile. The initiative, convened by multiple trade groups, asked 25,000 consumers to evaluate 104 ad experiences. According to the results, six desktop and 12 mobile ad experiences fell beneath a “threshold of consumer acceptability,” including pop-ups, autoplay videos with sound, prestitial ads with countdown and full-screen scroll-over mobile ads. “We hope these initial standards will be a wake-up call to brands, retailers, agencies, publishers and their technology suppliers,” said IAB CEO Randall Rothenberg. Read the release.

Pinterest sees Snap’s successful IPO setting a nice bar for its own ambitious goals. Pinterest and Snap both rely entirely on advertising, and if Pinterest can hit its goal of $500 million in revenue next year, it’ll have cleared the $400 million Snap brought in the year before it went public. “But Pinterest is also seven years old, and advertising businesses often rely on steady user growth,” writes Kurt Wagner at Recode. Snap has 150 million daily active users, while Pinterest has 150 million monthly active users. More.

Home Away From Home

Amazon has an early lead in the race to own the smart-home AI category, but hotels could prove a massive boost to others vying for market share. Marriott has Apple’s Siri and Amazon’s Alexa in a bake-off on behalf of its Aloft hotel chain that has functioned as a “tech incubator” for new concepts, Marriott global brand leader Toni Stoeckl tells Bloomberg. Google Home, meanwhile, debuted a retail integration that lets its AI direct users to the closest store with a specific product in stock. Marriott is looking for reliable concierge services, as opposed to sales or revenue-driven add-ons, but it’s clear that smart-home players need to look well beyond actual homes.