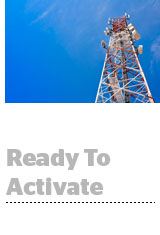 Telcos in Europe and the US are looking for ways to spin their data into marketing gold. “Though carriers are in testing mode, the burgeoning telco data sector and millions of dollars in recent startup funding signals a near future in which marketers can capitalize on higher-quality data than they get today,” writes Kate Kaye at Ad Age. The first steps involve getting as many subscribers as possible to opt in to data-sharing agreements (via SMS messages, email notices, call centers and updates to monthly bills). However, “we haven’t seen many operators yet that successfully built a meaningful opt-in base due to lack of real incentives for subscribers to do so,” says Georg Polzer, CEO of the carrier analytics and ad tech startup Teralytics. More.

AcuityAds will spend $10 million cash to acquire Visible Measures, a video ad analytics startup, as it looks to build “a strong foundation to capture a greater share of the high-potential, programmatic TV market.” Press release. Visible Measures raised a total of $70.8 million in eight rounds dating back to 2006, per Crunchbase. It’s the second deal in six months for Toronto-based AcuityAds, which recently plunked down $20 million for 140 Proof, an ad tech startup that collects data from public social profiles. To finance its latest micro-acquisition, publicly traded AcuityAds will raise $5.5 million (CDN$7.5 million) in a small offering.

Airbnb locked down another $1 billion investment (bringing its total funding to $3 billion) at a $31 billion valuation. Perhaps more notably, the company also achieved profitability in the second quarter of last year, according to unnamed CNBC sources. That isn’t an ironclad indicator (Uber hit profitability last February and closed the year down $3 billion), but Airbnb is reportedly seeing a stronger balance sheet and “operational flexibility.” Airbnb has quietly attacked the travel and hospitality funnel with a multi-pronged revenue approach, including OTA-style aggregated booking, travel agency services, media publishing and performance marketing partnerships. More.

The EU’s General Data Protection Regulation (GDPR) will meaningfully affect corporations’ storage and use of customer data, including for marketing purposes. As a result, the UK’s Information Commissioner’s Office is staffing up in anticipation of “more responsibilities and new enforcement powers,” said Commissioner Elizabeth Denham at a hearing this week. It’s a “challenge to attract and retain people with the right skills,” Denham acknowledged, since private companies can offer better pay and benefits. For now, the watchdog has a new set of teeth, but can’t quite feed itself. More at Computer Weekly.