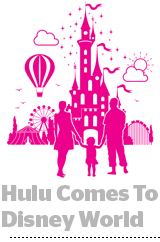 Snap is starting to tone down its too-cool-for-school vibe. The company has been known to operate with a certain level of hauteur in relation to advertisers, agencies and the press. But Snap is making a concerted effort to be less secretive and exclusive. In Cannes this year, for example, there were 25 Snap employees on hand to take meetings, including top execs such as CEO Evan Spiegel and chief business officer Jeremi Gorman, and anyone strolling La Croisette was welcome to check out Snap’s AR-powered art show and enjoy ice cream on its terrace. Why so accessible all of a sudden? Snap wants advertisers to see it as a partner and collaborator, not just a cool kid. “We want to reflect what we believe the app to be: close friends, communication, some level of jubilee,” Gorman told Digiday. “We, as an executive team, acknowledged there was a disconnect for how we show up in public and how we actually are.” Snap’s charm offensive seems to be working. “You go to Facebook Beach and it’s like, ‘Ugh, same old story,’” said an agency holding company exec. “But with Snapchat, I started to see them open up with the partner summit. They talk more. They’re honest with what they can do now and what they’re trying in the future for us.” More.

Poaching In The Amazon

Need a job? Because Amazon is poised to fill some big advertising roles within its growing platform business, according to Business Insider. “Across the board, Amazon is also hiring salespeople focused on specific verticals,” reports Lauren Johnson, “including an open position to sell to financial service marketers – mimicking a tactic that big platforms like Facebook have used for years to make inroads with specific types of advertisers.” Amazon’s compensation favors bigger base packages and less emphasis on sales commissions – irregular within media and tech companies. And as ad tech, media and agencies lay people off, Amazon is well-positioned to have its pick of the litter. More.

The effects of Disney’s operational control over Hulu are already being felt. Hulu execs are reportedly telling non-Disney studios that, at some undisclosed point in the future, most of the shows on Hulu will originate from Disney. And of those that don’t, Disney is going to want its cut. The Information claims that “in cases where an outside studio wants to sell a show to the service, Hulu is likely to ask that one of Disney’s studios – most likely either ABC Studios or its recently acquired 20th Century Fox Television unit – be a co-producer. ” And the walled garden grows around the Mouse House. More.