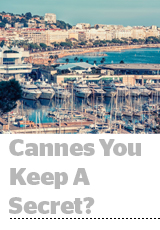 No More CMO For J&J

Johnson & Johnson’s first CMO Alison Lewis is out after five years on the job. But the CPG giant seems like it’s getting rid of the role altogether, according to Ad Age. In a statement, J&J said: “We have established a new business model that streamlines priorities, allows us to operate more efficiently and increases our investment in categories that offer high potential for growth and where we can make a positive impact on consumers’ lives.” Lewis’ duties will be shared across J&J’s executive staff. Read more.

The Information Commissioner’s Office, the United Kingdom’s data and privacy watchdog, issued new guidance on Thursday directed specifically at real-time bidding in programmatic advertising. “We have focused on RTB due to its complexity, the risks it poses and the low level of data protection maturity we’ve found through some of our initial engagement,” writes Simon McDougall, the ICO’s executive director for technology and innovation, in a blog post summarizing the report. The commissioners have purposely taken a “measured and iterative approach” with its programmatic probe so as not to disrupt normal commercial activity out of fear of an imminent case. The programmatic examination will continue for another six months as the ICO engages further with the industry. This grace period also gives companies that don’t meet compliance standards a bit more time to make changes. “If you operate in the ad tech space, it’s time to look at what you’re doing now, and to assess how you use personal data.” Read it. In related news, Brave’s chief policy officer, Johnny Ryan, filed additional evidence to the ICO on Wednesday, including a spreadsheet listing 2,000 Google Authorized Buyers, that he and his co-complainants say proves Google’s online ad-selling policies don’t fly under GDPR. More at The Register.

Cannes tends to play a big role in the annual ad tech rumor mill. AT&T’s acquisition of AppNexus last year was precipitated by talk of a deal for upwards of $2 billion (not to mention sightings of joint partying). And the same chatter is happening over rosé this year. AdExchanger sources peg LinkedIn’s deal for Drawbridge at just under $300 million, while the French financial newspaper Les Echos reports that Altice is shopping Teads, the native video SSP it bought two years ago for $322 million. Altice supposedly expects offers of $2 billion or more. “If Altice chooses to stay our main shareholder, we will be happy as our relationship with them is very positive,” said Teads chairman Pierre Chappaz in a statement to Adweek. “Alternatively, we will welcome a new shareholder if that is the outcome of the ongoing process.” More.