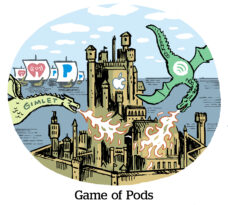 Safari, Don’t Call It A Comeback

Veteran browser developer Bruce Lawson recently penned a manifesto of sorts calling for Apple to “set Safari free.” But there is reason to believe the Safari WebKit group is being dusted off after a decade spent in storage in Apple’s attic.

WebKit evangelist Jen Simmons tweeted out the group’s 30-odd open job listings – “Want to help make a browser?” – with half the listings added this month alone. Safari has languished because the browser hasn’t been an important part of Apple’s business (aka part of the revenue picture). Apple licenses Google Search for Safari, Siri and iOS (Google now pays in excess of $12 billion per year for the privilege) and doesn’t have a real web ad business to speak of.

The cynical take is that Apple back-burnered Safari because the company benefits from poor web experiences that lead to more time spent in-app (where Apple profits greatly). But the Safari/WebKit group has recently fired up like a phoenix from the ashes. Safari is a key part of Apple’s ambition to brand itself as a privacy-focused tech company.

Apple also has greater ambitions in advertising, and the WebKit team is the velvet glove that interacts with the ad industry … with Apple the steel gauntlet hidden just underneath.

Spotify will overtake Apple as the top streaming audio service in terms of monthly active users this year, according to eMarketer data. It’s a narrow edge. Spotify is expected to close 2021 with 28.2 million MAUs to Apple’s 28 million. But Spotify’s growth gives it a chance to be that rare example of a consumer tech company that manages to win a category despite head-on competition by the big four: Google, Facebook, Amazon and Apple.

A big differentiator for Spotify is podcasting. The company still doesn’t turn a profit on podcasts, because it pays so much for splashy exclusive deals with the likes of Joe Rogan, Michelle Obama and J.J. Abrams’ production studio Bad Robot, to name a few. But podcast listeners tend to be loyal and consistent, so the company will continue investing heavily there, Dawn Ostroff, Spotify’s chief content and advertising business officer, tells Fast Company.

Spotify’s audience growth rate is a flywheel for attracting new podcasts, too. “Spotify has 381 million monthly active users …[and] 3.2 million podcasts,” said Monica Padman, cohost of the Spotify podcast “Armchair Expert.” “It’s just cool to be part of that family and part of the growth of it,” she said.

Roku is investing heavily in original content for the Roku Channel, its free, ad-supported service, as part of a larger plan to grow its advertising business, The Wall Street Journal reports. The company plans to develop 50 original shows over the next two years, which would put it well ahead of the cable TV production pipeline, but still far behind Netflix in terms of production and speed of production.

And now’s the time, because the field is relatively clear for a free service to gain attention share while people are reconsidering their subscriptions (the new bundle) and while incumbents like Disney face their own production pipeline problems, according to The Information. The old guard needs to transition from an old studio model (a few big tentpole releases per year) to a Netflix model of constant new releases.

Why publishers are introducing and growing ecommerce product boxes. [Digiday]

How Duolingo makes hay out of TikTok. [Insider]