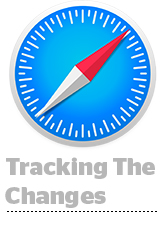 Apple quietly updated its Intelligent Tracking Prevention (ITP) policy this summer and marketers feel the difference. ITP, released a year ago, blocked third-party pixels in Safari and restricted first-party tracking to 24 hours – so a retailer, for instance, had one day to retarget someone who’d browsed a product page or abandoned a cart. But now the 24-hour grace period is no more. “This will mean multi-touch attribution, even over a shorter horizon, will not be possible. The workarounds used by many attribution businesses, including Google, will not work,” Simon Harris, Dentsu Aegis Network’s head of programmatic activation, tells Ad Age. Merkle research VP Mark Ballard said: “The trouble is there are still more questions than answers as to what ITP 2 is going to do.” More. GDPR gets the spotlight and a potential violation would be crippling, but Apple’s browser privacy settings may be having a more direct effect on ad tech, as Criteo demonstrated in its earnings last week.

The same politicians who questioned Facebook CEO Mark Zuckerberg in April about privacy concerns are sinking ad dollars into the platform in the lead-up to the 2018 midterms. Representatives across party lines have spent nearly $300 million on the platform since May, according to the Center for Responsive Politics, helping grow digital media’s share of political ad spend to 22%, or $1.9 billion. Politicians looking to reach the same voters as their competitors advertising on Facebook are compelled to spend there too, enabling Facebook to profit from its politically polarizing algorithms, Christopher Mims writes for The Wall Street Journal. Facebook’s audience matching, ad testing and tracking tools are just as alluring for politicians trying to reach voters as they are for marketers trying to reach their consumers. “That few politicians feel they can escape the necessity of advertising on Facebook is precisely why we need to contemplate its ever-growing scale, revenue and power,” Mims writes. More.

Seems like every telco and tech giant is pouring investments into streaming subscription services – but Comcast is a notable exception. “When you look at over-the-top services, it’s very difficult for us to identify a business model that makes sense, especially when you see some players selling video at a negative gross margin,” Matt Strauss, executive VP Comcast’s XFinity Services, told Business Insider. XFinity is more focused on integrations. It’s the number one platform for Netflix in the US, plus it’s got YouTube TV and a deal in the works to incorporate Amazon Prime Video. Comcast may even sell off its 30% stake in Hulu, which is now controlled by Disney. “Out-of-footprint OTT doesn’t look nearly as attractive to us as the opportunity to continue to grow our broadband share in-footprint and to deliver other products and services as part of that broadband,” Strauss says. More.