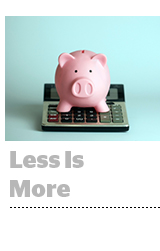 P&G’s marketing cuts haven’t caused the sky to fall. On the contrary, the CPG giant and world’s largest advertiser, which cut its marketing budget by 6% this year, saw net sales grow 4% to $16.7 billion in Q3, its strongest rate in five years. P&G is being more efficient with its marketing spend, according to CFO Jon Moeller, who said the brand’s reach and frequency were up despite a decrease in total spend. “The total marketing spend required to achieve that reach and frequency, and deliver that growth and market-share gains, was down,” he said. Ad Age has more.

Facebook mislabeled and removed dozens of advertisements from US businesses, nonprofits and universities targeted to minority groups, USA Today reports. Major brands like Chipotle had ads removed from the platform for using the words “Latino,” “hispanic,” “African-American,” “women” and “LGBT.” These ads were accidentally flagged by either humans or machines as Facebook starting stepping up its political ad monitoring system in the run-up to the 2018 midterm elections. “At the scale that we are doing this, there are going to be mistakes,” said Rob Leathern, Facebook’s director of product management. “We rely on a combination of machines and humans. Sometimes machines make mistakes. Sometimes humans make mistakes. Sometimes both.” More.

Ad serving startup Thunder raised $6 million last week, bringing its total funding to more than $19 million. It’s not a remarkable round but does include “investments from a consortium of open ad tech companies,” the company said. Here’s the release. The ad server market could undergo a major shakeup next year because Google will no longer allow ad server customers to port its ad ID outside Ads Data Hub. Google won’t sweat marginal losses for its ad server (formerly DoubleClick), but the stakes are higher for smaller companies such as The Trade Desk, Flashtalking and Sizmek. Thunder is trying to out-independent those indie ad servers by divorcing itself from both media and media buying.