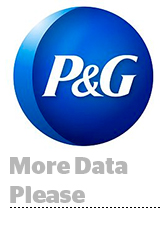 Procter & Gamble is asking retailers to share loyalty card and point-of-sale data so it can target customers likely to shop at a specific supermarket, Digiday reports. “It’s a big ask because it’s going way beyond EPOS data and click data,” said Tom Pickford, P&G’s director of e-business for EMEA, at the IDG Conference in London this week. Retailers are wary of sharing customer data, but doing so could unlock digital shopper marketing budgets. Pickford said ecommerce is worth $4.5 billion to P&G, 6% of its overall business, which it expects to jump to $10 billion and 30% of revenue in 2021. More.

About That Pivot To Video

Nieman Lab explores how Facebook’s inaccurate video metrics – recently back in the news thanks to a lawsuit – may have impacted publisher decision-making. By touting flawed data about video consumption, Facebook encouraged publishers to embrace a “pivot to video” that led many news companies to reallocate resources and lay off editorial staffers. While it’s impossible to know whether a publisher’s video investments were based on Facebook data, “it’s hard not to conclude that publishers heard that rhapsodizing about the future and assumed that Facebook knew better than they did, that Facebook’s data must be more accurate than their own data was, that Facebook was perceiving something that they could not,” writes Laura Hazard Owen. More.

DataXu recently hired GCA Advisors LLC to seek a buyer at a valuation of $300 million, The Wall Street Journal reported. DataXu, which was founded in 2009 and raised $87.5 million, is one of the last independent DSPs standing. Ad tech has struggled on the public market, with the exception of rival DSP The Trade Desk, and there’s pressure on early players in the space that still need backing to grow but have come to the end of their VC tether. MediaMath managed to secure an additional $225 million from Searchlight Capital in July, though it was largely to buy out a previous investor. Potential buyers include private equity, telcos and marketing cloud companies. More.

Sinclair Broadcasting Group announced plans for a new streaming service, Stirr, on Thursday, reports Adweek. “Stirr will be available in linear and on demand,” Sinclair Broadcasting Group President and CEO Christopher Ripley told the crowd at the National Association of Broadcasters show in New York City. “It’s coming soon.” While Ripley did not elaborate on what kind of content would be available on the service, some have speculated this is Sinclair’s way of pitting itself against Fox’s upcoming streaming service, expected to launch this year. Ripley said he is in talks with Comcast and Spectrum. More.