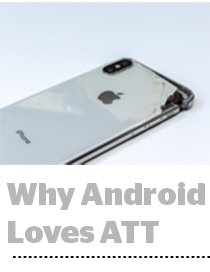 Apple’s AppTrackingTransparency framework is making it unprofitable to acquire new customers – and Zynga’s earnings offered a proof point for the change’s impact on the mobile game company’s business. “The adoption of Apple’s privacy changes resulted in a higher cost to acquire our players,” said Zynga CEO Frank Gibeau. In response, Zynga scaled back its user acquisition goal, or it risked unsustainable marketing costs for new users. Gibeau said the iOS metrics have improved in the back half of Q2, so perhaps the problem will stabilize. And the company’s daily active user count still almost doubled YoY, from 22 million to 41 million, in Q2 2021. The state of iOS advertising has pushed developers to Android, driving up prices for Google (which was borne out by Google’s and Facebook’s monster earnings reports) and making it harder to meet user acquisition goals. Zynga’s stock declined 20% in the day after earnings.

Texas Monthly will earn about $1 million this year from entertainment deals based on its magazine reporting – mostly for archival stories. Some production deals don’t have distribution homes yet, and last year Amazon Prime nixed a follow-up series to Netfix’s “Tiger King” (another Texas Monthly coup), but there’s an HBO Max series and a Paramount+ show, among other projects, Business Insider reports. One million dollars per year isn’t a game-changing new business line. But there’s value to the news company beyond the studio contract. “The No. 1 goal, apart from finding the right partner, is the source material credit in the main titles – ‘based on the article by Texas Monthly’ – that attracts that audience back to our owned and operated efforts,” said Scott Brown, president of Texas Monthly.

The uncertainty created by the pandemic over the past year scrunched the usual timeline between when an RFP is signed and a campaign goes live. Brands also must constantly adjust to changes in state or national reopening laws, audience habits and supply-chain issues on the fly. This means brands are reallocating more to campaigns mid-flight if certain parameters perform well. For example, Ranker saw its average lead time decline from 50 days to 33 days, Digiday reports. And an unnamed publisher has had huge wins from mid-campaign shifts, such as a $250,000 campaign picking up an incremental $80,000. As the delta variant spreads, and with it general uncertainty, this type of flexible, just-in-time marketing isn’t going anywhere.

Eleven measurement firms brands use to prove their PR is working. [Business Insider]