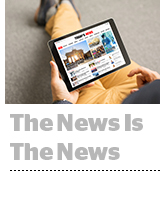 News industry downsizing continued last week with layoffs at Vice and buyouts at McClatchy, close on the heels of similar painful cuts at BuzzFeed, Verizon Media and Gannett. “We are changing the size of the workforce to align with the revenue,” according to McClatchy’s email to staff, the Miami New Times reports. Many smaller or niche online publishers are growing, and last year Vox Media turned its first profit since the company expanded. But there’s a strong consensus that relying on ads, social media and traffic volume won’t sustain growth. “We don’t see ourselves as a digital media company,” Vox CEO Jim Bankoff tells The New York Times. “I mean, is anybody only just that now? We’re a modern media company.”

Will Gimlet Lay The Gauntlet?

Spotify is in advanced talks to acquire podcasting network Gimlet Media for more than $200 million, Recode reports. It would be a monster outcome for Gimlet, which raised money at a $70 million valuation in 2017, and for the podcasting business. EW Scripps paid $60 million for the internet radio company Midroll Media, now Stitcher, and iHeartMedia acquired the podcast production company Stuff Media for $55 million. So Gimlet’s reported price would dramatically raise the bar. With 200 million users, Spotify would also vastly expand Gimlet’s potential content distribution, giving it a head start in these early days of podcast production and monetization. More.

The FCC faced skepticism Friday in a defense of its repeal of net neutrality. In a court case responding to complaints filed by more than three dozen entities, general counsel Thomas Johnson struggled to convince a three-judge panel of the US Court of Appeals DC Circuit that broadband providers should be considered information services instead of telecom services. The lawyer’s reasoning: they acquire, store and process information. The judges asked why that same definition doesn’t apply to telephone service providers. "Telephone service is constantly used to acquire information and share information," said Judge Patricia Millett. "It seems to be the exact same functionality, but one is voice and one is typing.” Judges were also unconvinced that blocking and throttling wouldn’t pose a threat to public safety and that net neutrality rules were harming broadband investment. More.