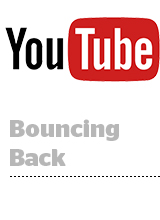 Brand Safe To Come Back?

Three advertisers – Geico, Samsung and Disney – accounted for more than 15% of spend on YouTube this year, according to an analysis by MediaRadar of the top 25 channels on YouTube via Google Preferred. Geico led the group by accounting for 6% of ad spend, up 40% year-over-year. Samsung made up 5.5% of spend while Disney accounted for 4%. Overall, it looks like the video platform has been able to bounce back from its brand safety issues in 2016, with ad revenue rising 11% in Q3 2018 and 51% of advertisers renewing their spend on the platform. Media and entertainment brands led the pack, while auto advertisers collectively spent 60% less on YouTube. “YouTube’s approach has largely been rewarded,” Todd Krizelman, CEO of MediaRadar, tells Adweek. “Few advertisers have stopped buying on the platform, and ad revenue is up.” More.

Television ad sales have been resilient in the face of subscriber ratings declines. But within five years, TV may not be the cost-effective platform for audience reach that it is today, according to an Ebiquity report. Television maintains an ROI advantage of ~40% over other media channels, but that will erode by 2022. Native streamers who have never had a cable bundle are becoming more important spenders and consumers, so there’s an important chunk of US audiences TV no longer reaches. And people complain of digital metrics, but the UK standard to qualify as a “TV viewer” is three consecutive minutes of commercial programming per month. Linear TV remains the most profitable channel, Ebiquity says, but should consider audience reach instead of ratings and keep an eye out for cost changes impacting the ROI of TV campaigns.

New York Attorney General Letitia James reached a settlement in her case against Devumi, a business that sold bots on Twitter and other social media. It’s the first decision against a bot operator for fraud and false advertising, CNN reports. The investigation followed a report by The New York Times last year detailing how the company used unwitting people’s likenesses and personal details to evade detection while earning millions in fake engagement for brands, celebrities and politicians. “Bots and other fake accounts have been running rampant on social media platforms, often stealing real people’s identities to carry out fraud,” James said in a statement. “As people and companies like Devumi continue to make a quick buck by lying to honest Americans, my office will continue to find and stop anyone who sells online deception. With this settlement, we are sending a clear message that anyone profiting off of deception and impersonation is breaking the law and will be held accountable.” More.