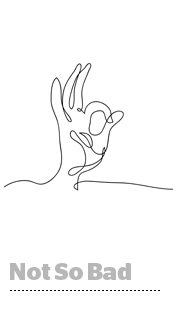 Q1 2019 in a nutshell: Ad tech isn’t doing as poorly as you’d think (all things considered), TV and data are colliding, DTC is sizzling, private equity is still gung-ho on M&A, and so are the marketing clouds.

It’s not a bad report card, despite a general sense of caution and trepidation about macro factors in the economy, said Terry Kawaja, CEO and founder of investment bank LUMA Partners.

“The fear of a market decline is what will keep us away from one,” Kawaja said.

The market isn’t frothy like it was in 2000 and 2008, and if companies want to succeed, let alone survive, they increasingly realize that they need sustainable business models and need to either focus on profitability or unit economics at scale to get the right profitability profile, Kawaja said.

At the same time, the cream rises to the top. Although some ad tech companies were reeling from headwinds and, in some cases, the results of their own problematic choices, Q1 was actually a strong quarter for ad tech.

The sector grew 54%, according to LUMA’s most recent market report for the first quarter, and companies such as Telaria and The Trade Desk saw their stocks grow 115% and 79% respectively.

But on the flip side, there’s Criteo, which shed 16% in the quarter amid worries that Google might whip up its own version of ITP, and there’s Sizmek, which flamed out in bankruptcy court.

Neither, however, is necessarily a canary in the coal mine for the category writ large. Both have their own particular problems. Criteo’s anonymous tracking business is getting painted with the same brush as the big tech platforms under fire in DC, and Sizmek begat its own demise with an unfortunate acquisition.

“The deal to combine with Rocket Fuel was the death knell for that business, and I don’t think a lot of people were surprised,” Kawaja said. “I’m not sure it actually has that big of an impact other than being a public bankruptcy that leaves creditors unpaid, which is obviously a messy thing and puts a black mark on the sector.”

Yet other companies are making hay. A bunch of marketing tech and ad tech companies raised money in 2019, including Beeswax, Innovid, Knotch, Lytics and Piano. Clearly, they have something going on to attract VCs when they’re feeling wary.

“It’s easy for companies to raise money in a bullish market, and I would not characterize the market we’re in as being bullish,” Kawaja said. “If a company can garner material financing in a slow and careful market, that means something, because the bar is higher.”