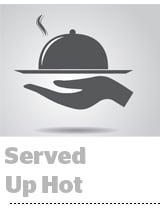 A Chance To Serve

The buy-side ad tech company Adform announced an investment on Monday by GRO Capital, a Danish private equity firm. The companies didn’t disclose the size of the new round, and Adform COO Oliver Whitten tells AdExchanger that talks with GRO began in December 2018, when Adform backed out of its IPO plan. But he said the cash injection comes at a pivotal moment for Adform, since it wants to ramp up hiring and biz dev to go after ad server business suddenly up for grabs following Sizmek’s bankruptcy. Adform isn’t the only ad server anteing up for Sizmek accounts. Flashtalking CEO John Nardone says that within a few days of Sizmek’s bankruptcy filing, his board had approved a plan to speed-hire about 30 new employees in addition to 15 prior open positions, as many brands and agencies look for an ad server replacement. The ad-serving startup Thunder originally planned a global expansion in 2020, when Google is expected to shut down its advertising ID worldwide, according to CEO Victor Wong, but the board has accelerated that plan because so much of Sizmek’s business in Europe and APAC is suddenly on the table.

Univision is selling Gizmodo Media Group to private equity firm Great Hill Partners. The Gizmodo properties will be rebranded under the name G/O Media Inc. and led by James Spanfeller, the former CEO of Forbes.com and president of consumer magazines at Ziff Davis. Terms of the deal were not disclosed, but sources tell The Wall Street Journal they expect Gizmodo to be sold for well below the $135 million Univision paid for it in 2016. While Gizmodo is another example of a digital publisher selling below a prior valuation, Spanfeller sees great value in Gizmodo’s audience – 67 million people visited its sites in February. He wants to double down on programmatic ad sales as well as ecommerce paid content to whip the company back into shape. More.

The German media conglomerate Axel Springer, the largest news company in Europe, has brought another suit against Eyeo’s Adblock Plus (ABP), a popular ad blocker, PPC Land reports. Axel Springer has taken Eyeo to court a handful of times for alleged anti-competitive behavior, but its efforts never landed much of a blow. It won a partial victory in 2016, when a court ruled that ABP couldn’t force Axel Springer to pay whitelisting fees to serve ads to users who had consented to see ads. But Eyeo’s revenue mostly comes from networks like Google, Criteo and Taboola, not directly from news publishers. The new suit claims Eyeo violates copyright law because “ad blockers change the programming codes of websites and thus directly interfere with the legally protected offerings of publishers.”